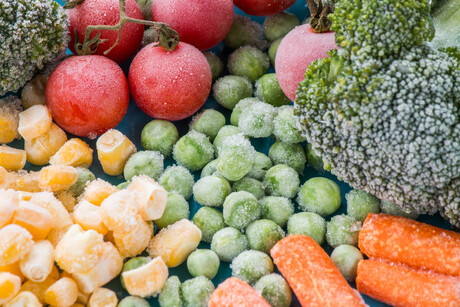 The global frozen food market is estimated to reach around AU$547 billion by 2027 so an efficient cold chain is of crucial importance to the food industry.

Currently, most frozen foods are stored under conventional industry-standard isobaric (constant-pressure) conditions at sub-freezing temperatures. However, this process can degrade the textural and nutritional quality of the food and comes at high cost in terms of energy usage and carbon emissions.

Shifting to a new food-freezing method, using isochoric food cold chain rather than isobaric, could make for safer and better quality frozen foods while saving energy and reducing carbon emissions, according to a new study by U.S. Department of Agriculture’s Agricultural Research Service (ARS) and University of California-Berkeley scientists.

“A complete changeover to this new method of food freezing worldwide could cut energy use by as much as 6.5 billion kilowatt-hours each year while reducing the carbon emissions that go along with generating that power by 4.6 billion kg, the equivalent of removing roughly one million cars from roads,” said ARS research food technologist Cristina Bilbao-Sainz. She is with the Healthy Processed Foods Research Unit, part of ARS’s Western Regional Research Center (WRRC) in Albany.

“T­hese savings could be achieved without requiring any significant changes in current frozen food manufacturing equipment and infrastructure, if food manufacturers adopt this concept,” Bilbao-Sainz added. 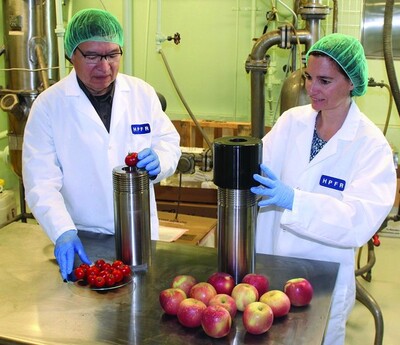 The new isochoric freezing method works by storing foods in a sealed, rigid container — typically made of hard plastic or metal — completely filled with a liquid such as water. Unlike conventional freezing in which the food is exposed to the air and freezes solid at temperatures below 0°C, isochoric freezing preserves food without turning it to solid ice.

As long as the food stays immersed in the liquid portion, it is protected from ice crystallisation, which is one of the main threats to food quality in frozen foods.

“Energy savings come from not having to freeze foods completely solid, which uses a huge amount of energy, plus there is no need to resort to energy-intensive cold storage protocols such as quick freezing to avoid ice crystal formation,” Bilbao-Sainz said.

Isochoric freezing also allows for higher quality storage of fresh foods such as tomatoes, sweet cherries and potatoes that are otherwise difficult to preserve with conventional freezing.

Another benefit of isochoric freezing is that it can also kill microbial contaminants during processing.

“The entire food production chain could use isochoric freezing — everyone from growers to food processors, product producers to wholesalers, to retailers. The process will even work in a person’s freezer at home after they purchase a product — all without requiring any major investments in new equipment,” said WRRC center director Tara McHugh, co-leader of this study. “With all of the many potential benefits, if this innovative concept catches on, it could be the next revolution in freezing foods.”

Since then, ARS and UC-Berkeley have applied for a joint patent for applying isochoric freezing to preserving food. The research team is now developing the best applications for this technology in the frozen foods industry, especially scaling up the technology to an industrial level. They also are seeking commercial partners to help transfer the technology to the commercial sector.

This research was published in Renewable & Sustainable Energy Reviews.