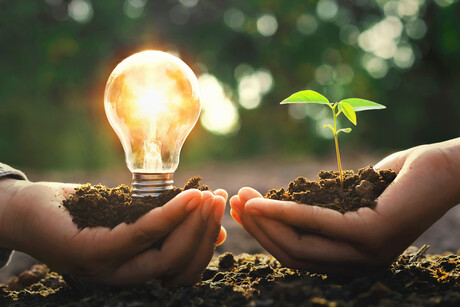 The Australian Government has released its plans for reaching net zero emissions by the year 2050. Entitled the Long Term Emissions Reduction Plan, it places emphasis on technological innovation, open choices and the widespread adoption of alternative energy sources as means of reducing the country’s carbon footprint.

The plan outlines a five pronged approach: technologies over taxes; expansion of choices over mandates; decreasing the cost of new technologies; keeping energy prices down with affordable and reliable power; and accountability for this progress.

Effectively, the plan opts to increase access to advanced technologies by driving down their costs in order to rapidly accelerate their uptake through the country. Specific technologies that are highlighted by the plan include the use of clean hydrogen, carbon capture and storage, and energy storage. These technologies should lead to a reduction in carbon emissions and will see carbon removed from the atmosphere.

The specific mention of the use of hydrogen should prove of interest to industries that have previously expressed positive sentiments to its adoption and widespread use. Hydrogen can prove useful for food producers and manufacturers who can use it in a range of practical ways such as for heating and transport.

The report similarly hopes to direct an increased deployment of low-cost solar power. A goal of $15/MWh has been set for the cost of solar power in order to make it a cheaply and widely available source of energy.

Legislatively the plan denies the possibility of higher levels of taxation, holding that the use of taxes would increase costs for households and businesses. By not increasing taxes and concentrating on new technologies and current industries the plan hopes to increase jobs and allow these current industries to continue to prosper.

“Australia now has a target to achieve net zero emissions by 2050, and we have a clear plan for achieving it,” said Prime Minister Scott Morrison. “The Plan outlines responsible, practical action to achieve net zero that is in our national interest.

“The Plan will deliver results through technology, not taxes. It respects people’s choice, and will not force mandates on what people can do or buy. It guarantees that we keep downward pressure on energy prices and secures reliable power. It will ensure Australia continues to serve traditional markets, while taking advantage of new economic opportunities.

“The Plan has the prosperity and wellbeing of regional Australia at its core. We have an opportunity to act now to harness existing regional strengths, unlock new areas of growth and diversify economic activity in regions. We will invest in rural and regional Australia to ensure it succeeds and is protected under the Plan.

“Australia will continue to build on our record of reducing emissions and achieve our targets in the Australian way.”

The plan touts that Australia is on track to have reduced its carbon emissions by 35% come 2030, a number that the Intergovernmental Panel on Climate Change (IPCC), an aggregation of thousands of volunteer scientists, holds is insufficient to counter the climatic changes brought about by carbon-driven global warming. The plan also diverges from recommendations in the IPCC sixth assessment report to reduce the reliance on fossil fuels and their production.

The full plan can be read here.