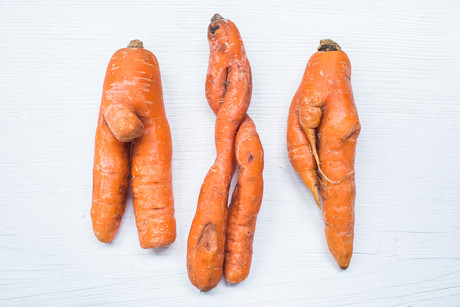 Data from SAI Global reveals that 50% of Australian consumers dislike the overuse of plastic packaging and discarded imperfect produce across the country’s supermarkets. SAI Global conducted a survey of an independent panel of 1008 Australian adult respondents, to ensure that food retailers and manufacturers comply with food industry regulations.

A higher proportion (73%) of ACT consumers want to see a decrease in plastic packaging used in supermarkets, compared to 48% of Victorian consumers. 39% of Australian consumers also want supermarkets to accept imperfect produce, with 43% of 18- to 34-year-olds supporting the inclusion of imperfect produce in supermarkets. Comparatively, only 35% of consumers aged over 65 want supermarkets to stop this practice. ACT residents felt the strongest about food wastage than respondents from other states; 60% of ACT residents want food wastage stopped, compared to 38% of respondents from NSW.

“We agree that any overuse of plastics is unfortunate and should be reduced where possible. However, unbeknownst to many shoppers, supermarkets use plastic for food safety purposes,” said Andrew Nash, food safety expert at SAI Global.

“Plastic is effective in protecting high-risk foods, such as meat and dairy, from contamination through the millions of pathogens and microorganisms in the environment. Plastic, particularly if it’s shrink-wrapped, also helps prevent food from oxidising and spoiling quickly, and it is a good protectant from chemicals in the atmosphere. Dozens of people are likely to handle our foods through the entire supply chain process — including other shoppers. Supermarkets need to reduce the risks of cross-contamination,” said Nash.

Plastic packaging can also reduce food wastage by providing an extra layer of protection for produce like cucumbers, which have thin skin. Here, tight plastic packaging acts as an insulator, protecting against dehydration, cold injury and spoilage.

“Shoppers should be happy to know that produce that is not in perfect shape or size presents no food safety issues,” said Nash.

Coles will begin selling ‘ugly’ fruit and vegetables in the war against waste, with trials commencing in Victoria and South Australia. Woolworths began a similar campaign in 2014. As part of its Odd Bunch campaign, Woolworths sold ‘ugly’ produce at reduced prices to combat excessive food wastage.

Tip Top will roll out its 100% recycled and recyclable cardboard bread tags across New South...

Agolin SA has used its feed supplement in a methodogy trial to quantify and certify...