A vegan America could feed an additional 350 million people 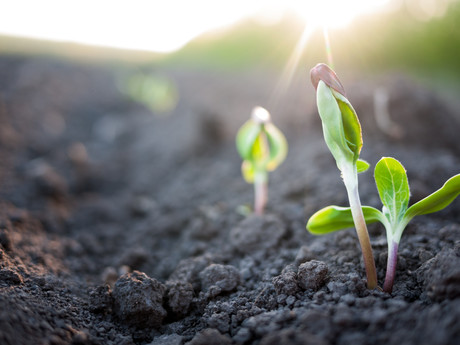 Plant-based diets have become more widely adopted, and researchers at the Weizmann Institute of Science are endorsing this decision, stating that it helps prevent food waste.

Based on the economic concept of opportunity cost — which is the loss of other alternatives when choosing one option — the researchers came up with the term “opportunity food loss” which refers to the environmental costs of the dietary choices we make.

About 30% of the food produced for human consumption is lost or wasted globally via leaky supply chains or spoilage, also known as conventional food loss. The losses associated with dietary choices (opportunity food loss) are notably higher, between 40 and 96%.

The researchers calculated that replacing agricultural land used to produce animal-based food with nutritional plant-based foods in America alone may feed an additional 350 million people, which is more than the US population.

“Our analysis has shown that favouring a plant-based diet can potentially yield more food than eliminating all the conventionally defined causes of food loss,” explained lead author Dr Alon Shepon, who worked in the lab of Professor Ron Milo in the Plant and Environmental Sciences Department.

The researchers compared the resources needed to produce five categories of animal-based food — beef, pork, dairy, poultry and eggs — to those needed to grow nutritionally comparable edible crops. Plant-based replacements were found to produce up to 20 times more protein per acre.

Beef was particularly bad for opportunity food loss. The researchers found that the land area needed to produce 4 grams of edible protein from beef could produce 100 grams of protein from a mix of crops with a similar nutritional profile — soya, potatoes, cane sugar, peanuts and garlic. Therefore, the opportunity food loss of using land for beef instead of other crops was 96 grams or 96% per unit of land.

Failing to divert agricultural land from other animal-based foods also resulted in huge losses: 90% for pork, 75% for dairy, 50% for poultry and 40% for eggs. Therefore, increasing the amount of land used to create plant-based foods could significantly decrease the amount of food loss and feed more people.

The Weizmann researchers collaborated with Professor Gidon Eshel of Bard College and Dr Elad Noor of ETZ Zürich. The study was published in the Proceedings of the National Academy of Sciences (PNAS).

Waste matters in the City of Casey