Preventing food waste better strategy than turning it into biogas 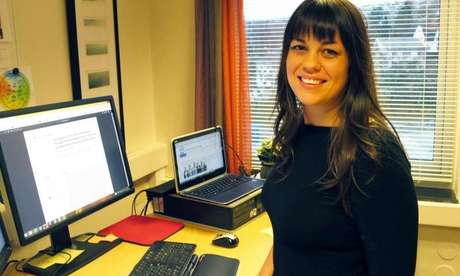 Turning your old banana peels and last night’s leftovers into biogas sounds like a win-win situation for you and the environment: you don’t have to feel guilty about having cooked too much pasta and the use of biogas reduces CO2 emissions when it replaces fossil fuels. But a new study from the Norwegian University of Science and Technology (NTNU) shows that it’s not that simple.

In fact, encouraging people to work harder to cut food waste instead of collecting food waste and turning it into biogas cuts energy impacts more than biogas production and use, the researchers found.

Of equal importance, cutting food waste also helps cut the use of phosphorus, which is an increasingly scarce but essential plant nutrient that is a key component of fertiliser. This matters because fully one-third of all food produced globally ends up as waste.

“Our work shows that policy and incentives should prioritise food waste prevention and that most savings can be had through a combination of prevention and recycling,” said Helen Hamilton, a PhD candidate at the university’s Industrial Ecology Programme.

Hamilton and her colleagues at the Industrial Ecology Programme used Norway as a case study to evaluate the costs and benefits of recycling food waste versus preventing it. The group looked at what they called “avoidable food waste”, or food that should have been eaten but for different reasons ends up as waste. The term does not include unavoidable food waste, such as bones, shells, peels and residues, like coffee grounds.

When they looked across the board at different segments of the food production and consumption sector, they found that 17% of all food that had been sold was wasted. Most of that waste was at the consumer level, partly because of the confusion caused by labelling, the researchers wrote in an article in Environmental Science and Technology.

The problem is the difference between labels that describe a product’s ‘best before’ date compared to a product’s ‘use by date’.

“Consumers often mistake use by dates, which refer to highly perishable goods that pose a risk to human health if consumed after a certain period, with ‘best before dates’, which merely indicate a food’s reduction in quality but not safety,” Hamilton and her colleagues wrote. “This results in a substantial amount of food waste at the household level.”

Hamilton and her colleagues also looked at how food waste affected phosphorus use in the agriculture sector.

Most people don’t realise that phosphorus, which mainly comes from phosphate rock, is a limited resource that is primarily concentrated in geopolitically unstable regions including Morocco and the Western Sahara. It is an element, so it can’t be created. It is also absolutely necessary for food production, and it has no substitute.

A 2010 PhD dissertation from Linkoping University in Sweden found that the growth in the global population combined with food demand will result in an increase in phosphorus demand by 50–100% by 2050.

When Hamilton and her colleagues compared what happens to phosphorus demands if avoidable food waste is prevented versus recycled, they found that Norway’s need to import mineral phosphorus declined by 14%. The need to import phosphorus also decreased compared to the baseline demands by 6% under the food waste recycling scenario, but that is a theoretical maximum and would only be true if the leftovers from biogas processing could be perfectly returned to agricultural soils as fertiliser, which is currently not the practice today, Hamilton said.

“This assumption in no way reflects a probable future, as only minimal amounts of residuals produced today are returned to agricultural soils due to many factors,” she said, one of which is that farmers are not that eager to accept biogas residuals as a suitable substitute for mineral phosphorus.

Biogas is good, but preventing food waste is better

Some of Norway’s major cities — Oslo, in particular, but also smaller cities like Tromsoe — collect food waste in separate green bags that can be sorted from the waste stream using optical sorting. While Tromsoe currently composts its waste, Oslo has its own biogas facility that relies in part on food waste collected in the city.

Some of the biogas that is generated by Oslo is used in 36 buses fitted out to burn biogas, which led the Oslo bus company, Ruter, to proclaim in October 2013 that “now buses are fuelled by your banana peels”.

While that sounds like a good thing — it does, in fact, reduce the need for fossil fuels — in sum, it takes more energy to collect the food waste and process it than it would if people didn’t throw away so much potentially edible food unnecessarily, Hamilton and her colleagues found.

Reducing the demand for animal and plant products (by wasting less), results in “both reduced upstream production impacts and downstream waste treatment impacts”, the authors wrote.

Why the emphasis on recycling?

Given the obvious costs of collecting food waste and building biogas plants, why isn’t there a more concerted effort to reduce food waste in Norway?

Hamilton says there are two reasons behind this lack. The first, she says, is that while there are some efforts in Norway to cut food waste, there are no clear goals or targets at the national level. That reduces the imperative to promote cutting food waste.

The second reason is far more subtle, and built into the very fabric of our society, she says.

“Our current society is shaped to favour the throughput of material, with the production of marketable goods, like food and biogas, providing profitability for businesses,” she and her co-authors wrote. “Because of this, there is a ‘clear temptation’ to incentivise and prioritise the use of food waste for energy recycling over food waste prevention.”

The fallout from these two factors is clear in Norwegian government spending, she says. For example, Norway has a biogas strategy with targets. Thus, in the 2015 Norwegian state budget, lawmakers allocated NOK10 million (about USD1.1 million) to biogas pilot projects and research, as a way to help reach these targets.

While these projects are not completely dependent on food waste for their raw material, two Norwegian biogas facilities have been opened over the past three years that are specifically for organic/food waste, with a capacity to process 70,000 tons of waste per year. Government support for the two facilities has topped NOK9.3 million, while the country’s largest food waste prevention effort, called ForMat, was allocated just NOK700,000.

Hamilton and her co-authors say one reason for this mismatch may be that policymakers have too narrow of a focus on solving an ‘end-of-pipe’ problem — food waste.

“If one only analyses methods for handling wastes (end of pipe), without regards to upstream impacts, results will often reflect the benefit of producing secondary value-added goods, such as biofuels,” the researchers wrote. “With narrow system boundaries, even policies meant to increase sustainability get skewed.”

Another risk of prioritising recycling is that there is a risk of getting locked into ‘needing’ waste to run the biogas facilities, Hamilton said.

“It is important that we address these issues now because there’s a risk,” she said. “If we prioritise food waste recycling and build up facilities for producing biogas, we risk locking ourselves into needing waste. That is clearly not part of a sustainable future.”

Fixing power quality can reduce food waste in an increasingly autonomous and continuous...