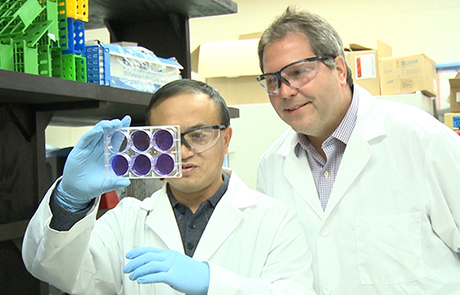 Researchers have used a new method to develop vaccines for two strains of avian influenza that can be transmitted from poultry to humans. The strains have led to the culling of millions of commercial chickens and turkeys as well as the death of hundreds of people.

Richt and his colleagues focused on the avian influenza virus subtype H5N1, a new strain most active in Indonesia, Egypt and other Southeast Asian and North African countries, as well as subtype H7N9, an emerging zoonotic strain that has been circulating in China since 2013.

H5N1 has infected more than 700 people worldwide with a mortality rate of approximately 60%. About 230 people have died from H7N9, from around 650 reported cases.

The researchers created vaccines for H5N1 and H7N9 by combining each virus with the vaccine for the Newcastle disease virus, which occurs naturally in poultry.

"We believe this Newcastle disease virus concept works very well for poultry because you kill two birds with one stone, metaphorically speaking," Richt said. "You use only one vector to vaccinate and protect against a selected virus strain of avian influenza."

Findings from the avian influenza study have been published in the Journal of Virology.