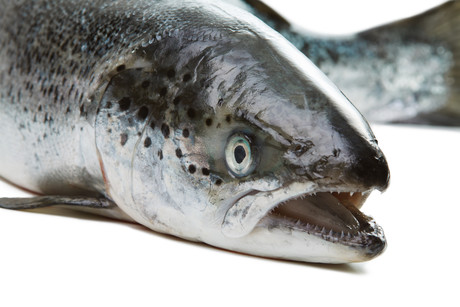 Oil from a genetically engineered oilseed crop could be used to feed farmed salmon and increase their levels of beneficial omega-3 fatty acids, according to researchers.

Salmon are an important source of omega-3 fatty acids, which can protect against cardiovascular disease, reduce inflammation and have a positive effect on brain development. However, the fish do not produce significant amounts of these fatty acids, such as EPA and DHA, themselves so they obtain them through their diets.

Farmed salmon contain less omega-3 than their wild counterparts as they mostly eat a vegetarian diet, so fish oils are added to boost their nutritional value. Aquaculture accounts for around 75% of global marine fish oil consumption, and salmon production consumes over 60% of this. Increased production has led to a shortage in these oils, which caused prices to increase and the use of vegetable oils instead.

“The amount of omega-3 fatty acids in farmed salmon is much lower than what it used to be, perhaps only 25%,” said Professor Rolf Erik Olsen of Norwegian University of Science and Technology's (NTNU) Centre of Fisheries and Aquaculture and the Department of Biology. “Before, eating farmed salmon twice a month was sufficient to consume enough omega-3. Now you may need to eat it more like twice a week.”

Olsen and his colleagues, including Johnathan Napier (Rothamsted Research) and Douglas Tocher (University of Stirling), found oil derived from the plant Camelina sativa, known as camelina or gold-of-pleasure, could be a cheaper alternative to traditional marine-based feeds, and give farmed salmon more natural levels of omega-3 fats.

They transferred genes from algae to camelina plants so they produced high levels of the fatty acids EPA and DHA in their seeds. The oil, which consisted of up to 25% of long-chain fatty acids, was then given to the salmon until they doubled their weight.

The researchers found no negative effects in terms of the growth, survival rate or health of the fish, but Olsen said, “The amount of EPA and DHA in the salmon meat increased to levels similar to those in fish that are fed high levels of fish oils.”

He explained it is relatively easy for oilseed producers to switch to the genetically modified camelina. “The production process can make use of existing methods, farmland and infrastructure for the oil plants and is a cost-effective and efficient alternative,” Olsen said.