Tetra Pak invests US$110 million in an automated dairy plant 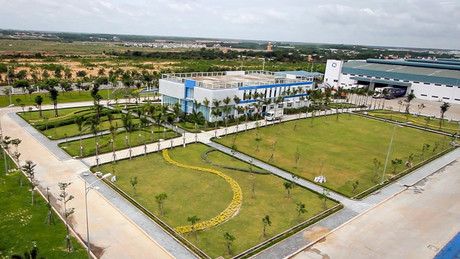 The demand for dairy products is increasing in Vietnam, and Vinamilk is capitalising on this by installing a liquid dairy plant with Tetra Pak’s investment of US$110 million. Ranking first in the country for manufacturing dairy products, with a 48.7% market share according to data from Nielsen, the company plans to continue to expand on a global scale.

The plant, also known as the Vietnam Milk Factory, is located in the Binh Duong Province near Ho Chi Minh City and spans 20 hectares. It is designed to process 400 million litres of milk per year, which highlights its sheer scale.

Vinamilk’s chairwoman and general director, Madam Mai Kiều Liên, explained: “This new plant has laid solid foundation for Vinamilk to achieve our goals to become one of the world’s top 50 dairies, with over $3 billion revenues by 2017.”

As a stepping stone towards conquering this global market, the company aimed to produce a plant that was modern and technology-focused. Not only will the factory feature nine A3/Speed filling machines and eight A1 filling machines by Tetra Pak, the most significant technology feature is the PlantMaster system. With all production equipment connected, this gives Vinamilk full control over all processes, allows them to trace products from end to end and reduces downtime.

“All of the individual machines are working together ‘as one’ to deliver optimal performance, with factory-wide integration ensuring high levels of efficiency and uncompromising food safety,” said Bert Jan Post, managing director of Tetra Pak Vietnam.

Vinamilk developed from a state-owned enterprise and some revenues between 2008 and 2015 had a growth rate of 40%. The company’s growth over the past few decades has been undeniable, and this is something it plans to continue with the development of the dairy factory.

With the help from Tetra Pak, Vinamilk’s technology-first, large-scale factory aims to tackle the dairy market not just nationally, but internationally.

A five-country study (which included Australia) has examined the progress of sodium reduction in...