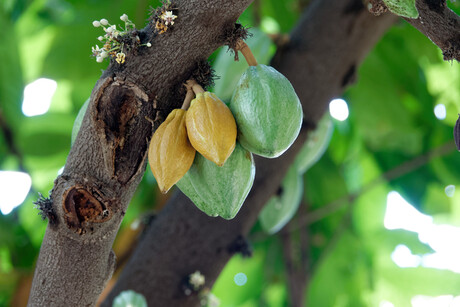 Scientists have developed a method of analysing the flavour profile of cocoa samples from any point in the supply chain, from cocoa bean to chocolate bar. The researchers from the Technical University of Munich and the Leibniz Institute of Food Systems Biology developed the method to be fast, easy and precise. The researchers are hoping to develop a map of cocoa flavour profiles from around the world using a widespread network of analysis.

“In the future, such a map could help to further optimise processing and production processes by making the flavour profiles of cocoa-containing products, such as chocolate, objectively predictable on the basis of molecular parameters,” said food chemist Andreas Dunkel of the LSB, who played a leading role in the study.

The method of analysis is based on the use of mass spectrometry and involves the processing of various different chemicals such as flavanols, amino acids and polyphenol glycosides. These chemicals (and over 60 more) all combine to give cocoa its distinct, diet-busting flavour.

The new method of flavour analysis is notably faster than prior methods, with a 20-fold decrease in analysis time. It should be possible to integrate the method into current supply chains without unique technology platforms, assuming that users already have a mass spectrometer ready to be used.

The team of scientists tested their new methodology on a set of 75 cocoa samples from around the world, including samples from Africa, Asia, Australia and the Pacific region, as well as from North, Central and South America. They compared unroasted samples with those that the researchers had roasted in the lab using a uniform standard procedure. “Interestingly, we found that the roasting of the cocoa influenced the flavour profile more than the respective regional origin of the beans,” Dunkel said.

The study has been published in the Journal of Agricultural and Food Chemistry.