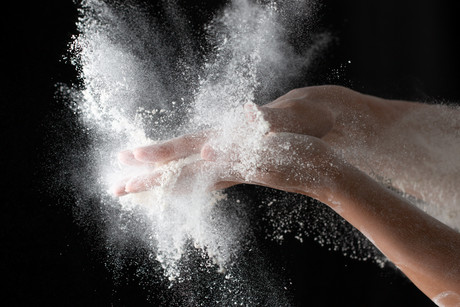 Dust capture is important part of maintaining a clean production environment to ensure 100% operational efficiency in any food and beverage manufacturing plant. While many make use of elaborate filtration systems to trap dust, SMC recently released a cost-effective and simple solution to this pesky problem.

According to Vince Marcucci, OEM and Key Accounts Manager from SMC, the traditional dust removal process can still involve significant energy costs -— particularly when a bag house could have six or more valves, with hundreds of valves at any one facility.

“In response to this inefficiency, SMC Corporation has developed a valve technology — the JSXFA — that includes a fast closure and response that can pump large volumes of air at a higher pressure for a short period of time. This is sufficient to create a shock wave that cleans the bag — while reducing costs.”

Marcucci said that our local market (ANZ) is one of the first to receive the new valve thanks to high demand. “In a market that puts health and safety at the top of its priority list, our region is in dire need of an easy-to-implement solution. Where most valves are rated to stand up to around one million cycles, SMC’s JSXFA valves are rated to at least 10 million cycles,” he continued.

Since the valves are typically mounted high on a tower, SMC designed them with reliability in mind from the outset to maintain service life in between intervals. “The traditional diaphragm is a thin rubber sheet material that requires a spring to sit behind it to ensure the diaphragm is closed on initial start-up,” Marcucci said.

The JSXFA valve also comes with two different types of fitting suitable for different installations. One is direct mount with threaded connections and the other a compression fitting also known as a dresser nut.