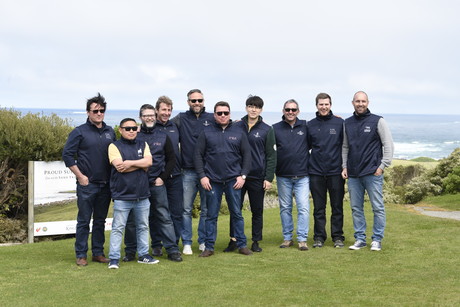 JBS Australia has announced a paddock-to-primals traceability system for its King Island Beef at an exclusive field day on King Island, Tasmania, for cattle producers, suppliers and distributors, and flagship restaurant end users.

King Island is claimed to have some of the cleanest air in the world. With traditional farming practices, King Island Beef is produced exclusively from cattle from the island. King Island Beef is also a part of the Great Southern group of brands, underpinned by JBS’s innovative Farm Assurance Program.

JBS Southern Chief Operating Officer Sam McConnell said the traceability program will follow the journey from paddock to plate, connecting consumers with the producers that raised the livestock for the specific cut of beef.

“It has been 12 months in the making and will be part of a larger blockchain scheme being implemented by JBS that will enable individual primal cuts to be traced back to the producer,” said McConnell.

“We are very excited to implement the innovative system first at our Longford beef facility in Tasmania, where cattle supplied by our King Island producers are processed.

“As the system evolves, it will be rolled out at our Brooklyn plant in Melbourne.”

JBS Southern’s Beef Sales Manager, Robert Ryan, is pleased to see the rebrand and launch of the program come to fruition.

“We have redesigned packaging and printed promotional material about the product which will be available in selected flagship restaurants around Australia who have partnered with JBS,” he said.

“The program and relaunched brand will enable the customers to tell the story of each individual producer providing the product, as these primal cuts are being bought and served to consumers in their restaurants.”

McConnell said the traceability system was underpinned with its third-party verification process to ensure the King Island Beef brand is all about where is comes from — King Island.

“With the ongoing exchange of information in the Great Southern Program between farmers, customers and end users, our new traceability tool will allow our producers to become a key part of the brand story and its provenance.”

“This is such an important step forward for our industry — bridging the final hurdle of traceability and provenance to our end users,” Geddes said.