On the shelf: coffee in a can 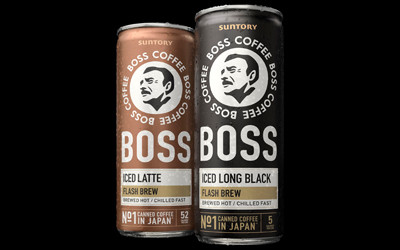 In November 2019, Suntory BOSS Coffee introduced to Australia its flash-brewed, ready-to-drink coffee that is packaged in a can.

Australia is a coffee-loving nation that continues to be fascinated by Japanese culture. The land of matcha, cherry blossoms, emojis, sushi and animé has captivated our imagination with its adventurous innovations for years. Now we can add chilled coffee in a can to the list.

Around 321 million cans of chilled coffee are consumed in Japan every year — that’s 600 cans every minute. Now Australians can find out why it’s so popular, with the launch of Suntory BOSS Iced Long Black and Iced Latte Coffees.

The coffee is created using the traditional Japanese flash-brew method. Coffee beans are brewed piping hot to release the rich aroma, then chilled in a ‘flash’ to lock in flavour. This process is claimed to set this coffee apart from the rest. While flash-brew has been a staple in Japan and has been around since the 1960s there, it’s said to be a relatively new concept in Australia.

Shana Khan, Inventions Manager, Frucor Suntory, said: “The product first hit the Japanese market in 1992 and has been hugely popular there ever since. We know Aussies love their coffee — in fact three-quarters have at least one cup every day and one in four say they can’t survive the day without it.

“We are incredibly excited to bring the iconic Suntory BOSS Coffee to Australia,” Khan said.

Features of Suntory BOSS Coffee include: