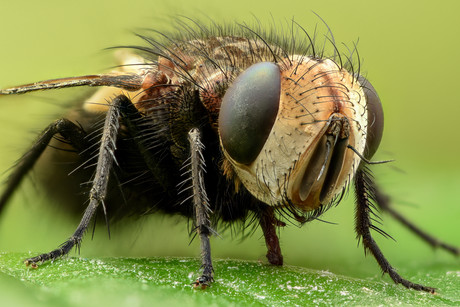 The recent presence of fruit flies in Northcote, New Zealand, has prompted Biosecurity New Zealand to maintain controls, resume baiting and provide more intensive trapping. An area of Northcote has been under a Controlled Area Notice since 26 April, preventing the movement of certain fruits and vegetables from controlled areas to limit the spread of fruit flies in the area.

A series of fruit fly surveillance traps to attract male fruit flies remain in the area and are monitored regularly, with the most recent male fruit fly detected in the controlled area on 15 July. The first fruit fly was spotted in Devonport, on the North Shore, on 14 February, with a Controlled Area Notice put in place the following day. Biosecurity New Zealand will continue to monitor the controlled areas to prevent fruit flies from establishing in New Zealand.

“We signalled at the start of winter that we would be stepping up again about now,” said Biosecurity New Zealand spokesperson Dr Catherine Duthie.

“We won’t be relaxing our efforts until we are absolutely confident we are rid of these flies. We have found 10 flies in the Northcote area since February, and while we still haven’t found any evidence of larvae, pupae, eggs or female flies, the continued finds indicate that Queensland fruit flies could remain in the area, albeit at very low levels,” Duthie said.

Duthie stressed the significance of controlled areas in protecting the country’s horticulture industry, worth $6 billion to the New Zealand economy.

“People in Northcote will be given advanced notice if bait is to be placed in their property, and we will provide them with detailed information about the bait and what’s happening,” Duthie concluded.

Maps of the controlled areas, a description of the boundaries and information about the rules can be found online at: www.biosecurity.govt.nz/fruitfly.

Northcote residents in the wider Zone B are urged not to move any locally produced whole fresh fruit or vegetables (except for leafy or root vegetables) outside of the wider controlled area boundaries. Residents are also allowed to dispose of windfall in MPI bins.

The Australian Beverages Council is urging government to ramp up the harmonisation of Container...