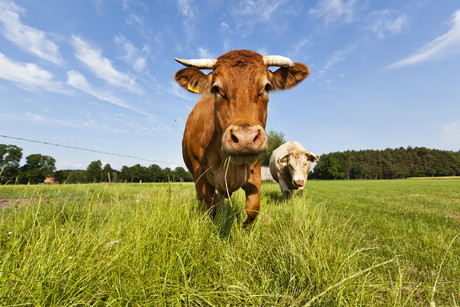 Meat Standards Australia (MSA) has announced it will implement a number of changes to its model, the MSA Vendor Declaration Form and myMSA from June this year. MSA is a grading system that aims to improve the eating quality consistency of beef and sheepmeat.

The changes are expected to affect those across the supply chain and are as follows:

While hump height has always been measured as part of MSA, it will now be used as a direct predictor of eating quality rather than an estimate of tropical breed content.

This will give new secondary cut options to the foodservice industry and provide increasingly popular cooking methods such as sous vide and combi-oven roasting.

The form will simplify how producers record tropical breed content and it will provide an option for owners who use agistment or custom feeding to receive direct carcase feedback through the myMSA feedback portal.

However, MSA-registered cattle producers do not need to instantly transition to the new MSA Declaration Form. Earlier versions will be accepted until producers run out of their current versions.

Producers will have access to an Opportunity Index on cattle that did not meet minimum MSA grading requirements, giving them an indication of the potential value of those carcases if they addressed the reasons for non-compliance. The myMSA online portal is also more user-friendly.

The changes follow five years of research, which MSA Program Manager Sarah Strachan said “was reviewed by the independent scientists on the MSA R&D Pathways Committee, who then recommended ways the results could be incorporated in an MSA beef model update”.

“This support reflects the rigorous scientific evidence which demonstrates tangible benefits for those operating within the supply chain,” he said.

MSA Beef Taskforce member and Cattle Council of Australia Director David Hill said the changes will ensure the model maintains a high level of accuracy. “The upgrades will give everyone in the supply chain — especially the customer — confidence that the model continues to deliver what is, without doubt, the best beef eating-quality grading program in the world,” he said.

For now, MSA-registered cattle producers just need to be aware of the changes. MSA will contact all stakeholders in the coming months with more details, including cattle producers, processors, independent boning rooms and retailers.