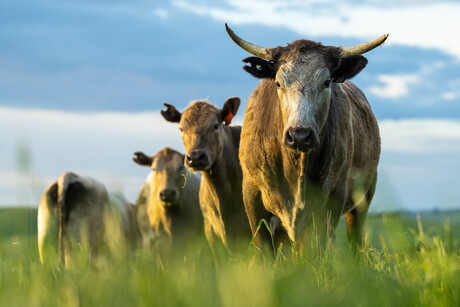 Australia is currently fighting to prevent an outbreak of foot-and-mouth disease (FMD). This is a highly infectious disease that affects and spreads between cattle, sheep, goats and pigs, causing lesions that stop livestock from walking to food and water. Grown animals will mostly recover but younger ones can die or be left with permanent and disabling deformities.

An outbreak of FMD was reported in May in cattle in Indonesia, a major trading partner with Australia. Viral particles from the disease were subsequently discovered in pork imported from China.

In response to this, various measures have been taken by state and territory governments to prevent the outbreak of foot-and-mouth disease virus (FMDV) reaching our shores. Imports of meat into Australia are being monitored; disease surveillance is being increased in Western Australia, the Northern Territory and North Queensland; and travellers are being targeted to prevent them bringing in contaminated products.

The full list of measures being taken is available from the Department of Agriculture, Fisheries and Forestry.

FMD is concerning because it has the potential to cripple agricultural industries, not only because it would vastly reduce stock of healthy farmable animals but also because it would challenge Australia’s current status of being entirely free of the disease, which is a trading advantage for the nation.

Meat & Livestock Australia recommends that those in the sector stay vigilant, look for signs of the disease and report suspected cases to the government’s Emergency Animal Disease Watch Hotline on 1800 675 888. Calls have been made to provide farmers with financial assistance to help implement these practices.

Thankfully, the country has regimented biosecurity processes. Dealing with the COVID-19 pandemic could prove to have been useful preparation for countering FMD, according to Professor Tim Mahony from the Centre for Animal Science at the Queensland Alliance for Agriculture and Food Innovation, The University of Queensland.

“In a way, the COVID pandemic has prepared Australia for FMDV,” said Mahony. “People are more aware of viruses, diagnostic assays, epidemiology, etc, and similar concepts will apply to controlling FMDV. As with the pandemic, all Australians have a role to play in minimising this threat. Susceptible animals are not imported into Australia; the most likely scenario of FMDV getting into the country is someone bringing it in. This is why we have such strong biosecurity at our international borders.”

Measures have now been put in place in airports to mitigate the chance of the disease moving into and within Australia’s borders. These include the establishment of Biosecurity Response Zones as well as the use of specialised sanitisation foot mats. The aim is to prevent any contaminated meat entering the country through airports while there is a still an outbreak impacting Indonesia.

New Zealand has introduced measures too, with incoming travellers banned from bringing meat products from Indonesia. Also in play there are disinfectant mats, an audit of the palm kernel supply chain in Indonesia and the formation of a biosecurity taskforce.

“We have wasted no time in getting on top of this issue and have been consistently ramping up measures at our airports and mail centres around the country,” said Federal Agriculture Minister Murray Watt, who pointed out that this was the strongest biosecurity response in Australia’s history.

“We have already announced a $14 million assistance package to reduce the risk of FMD spreading from Bali to Australia, which included increased detection and protection here in Australia and a million vaccines for the Indonesian cattle industry.

“I also announced the deployment of sanitisation foot mats at all international airports as an additional layer of protection for returning travellers from Indonesia. These mats have started to arrive in some airports around the country ... and passengers will begin seeing them at customs in the coming days.”

Prime Minister Anthony Albanese has rejected calls for the country to close its borders to Indonesia to prevent an outbreak here.

Unfortunately for primary producing industries, this is not the only disease outbreak that is being dealt with in Australia, with thousands of bees being destroyed to prevent the spread of the highly damaging varroa mite.