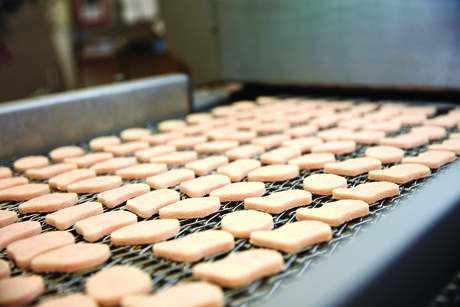 Producing large quantities of popular fast-food items such as chicken nuggets with consistent, repeatable results every time is a highly sensitive process. As leading global brands place increased emphasis on demanding specifications for product quality, this has become a fine art. Any marginal deviation on a production line can affect the quality, and it already starts at the basis of the product — the viscosity of the meat mixture. Not having that under full control will ultimately affect the finished product at the end of the process.

GEA has now designed a solution called Batch2Flow to secure the production process, save energy and water and significantly reduce the use of cleaning chemicals.

Maintaining a safe temperature of the ingredients is especially crucial in the process of making chicken nuggets. Not only does this help to prevent spoilage, it also helps to ensure that the optimum viscosity of the meat mixture is maintained throughout the initial forming process, leading to successful, perfectly created nuggets.

But that takes a lot of energy use, with specialised chilled rooms to store meat between the mixing and forming stages of the process. In addition, the process is relatively complicated and susceptible to human mistakes.

To move the mixed product from the mixer to the former, most producers use standard 200 L trollies. It’s hard physical work, and inevitably, there’s a time delay between the meat leaving the mixer and entering the former. At this point, it depends on the operator to ensure that no contamination enters the mix.

Industrial mixers work quickly, so before the first trolley can be loaded into the former, the next batch is filling up another trolley. So, one person has to quickly move the trolleys into a cold store while another moves them one by one from the cold store to the former. In the meantime, the optimum temperature and viscosity of the mix is starting to deteriorate as it moves towards the ambient temperature. And, if a trolley gets forgotten, it results in costly wastage as the contents will have to be disposed of. In the worst-case scenario, a forgotten trolley could be mistakenly loaded into the former, seriously risking the food safety of the product.

Even when all goes to plan there is wastage, as residue remains within the trolleys, so these have to be cleaned repeatedly with hot water and chemicals.

Automated link between mixing and forming

Batch2Flow is designed to eliminate these difficulties by moving the mix rapidly along a conveyor system from the mixers straight into the former, and the mixers have special unloading steps to allow controlled portion delivery onto the conveyor. As a result, it will be at the right temperature and viscosity when it reaches the former. No energy-consuming cold stores are needed, food waste is avoided, cleaning costs can be reduced and there is full traceability as nothing is removed from the line. 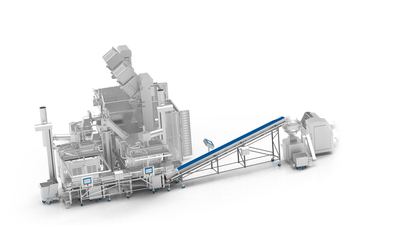 GEA noticed that the cold metal trolleys in a forming line had a tendency to attract moisture — condensation which has the potential to drip off and contaminate the mix when the trolley is tipped upside down and emptied into the former. And in tipping the trolleys upside down, the four wheels which have been on the floor are exposed above the product, time and time again. Batch2Flow is designed to remove these risks, while minimising waste and reducing energy consumption.

The solution from GEA features customised discharge gates, as well as specialised machine and line software, and allows a fully seamless process.

This bagging system has connectivity features to boost efficiency and is able to deliver up to...