Bringing a can-do attitude to an Argentinian brewery 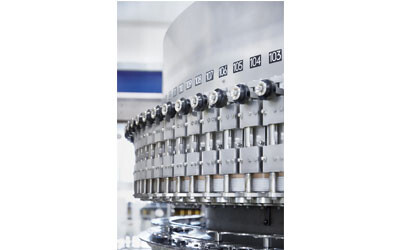 CCU Argentina, the Argentinian branch of the Chilean company Compañía Cervecerías Unidas, has increased its market share by using aluminium cans as a method of serving its beers, with the filling machinery for this process being upgraded by KHS.

When the relationship between the two companies began in 2016, glass bottles were the normal way of consuming beer, but CCU Argentina wanted to move to aluminium cans as its method of providing beer thanks to the logistical advantages of such a change. It equipped its brewery, based in the city of Luján, with new filling and packaging machinery and quickly introduced a trio of cans that proved popular in the local market.

A filler machine was installed in three months, which allowed CCU to fill aluminium cans starting in the 355 mL size and progressing to the larger 473 mL size in 2017 and then the a large 710 mL can in 2018. The latter size proved so popular that it went from being produced two days a month to four days a week.

In 2020 CCU again wanted to expand its production capacity by using machinery from KHS. A similar set-up to that of the prior expansion was utilised: KHS installed an Innofill Can DVD filler with a Ferrum seamer and an Innopas SX tunnel pasteuriser to keep product safety high, with Innopack Kister SP and PSP shrink packers for the packing process.

The new line has a capacity of 72,000 cans an hour and now, after its installation, CCU Argentina is processing around 200,000 cans of beer hourly. This has resulted in the brewery increasing its market share to 33%.

“The teamwork between our two companies was like nothing else I’ve ever experienced in any other project. Before the pandemic our KHS colleagues were a fixed feature of our soccer matches every Wednesday evening and were of course invited to the barbecue afterwards. This was real camaraderie,” said CCU Argentina’s Héctor Mungo.

The ÖLFLEX and UNITRONIC robust cables from Treotham are certified to be suitable for wet...

The Gerhardt FIBRETHERM automates the digestion and filtration processes for determining the...