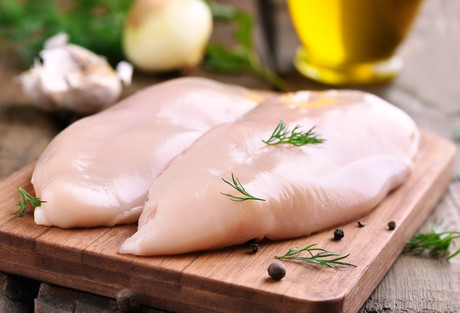 A biosensor that rapidly detects the presence of bacteria in both raw and ready-to-eat food along the food production line is being developed by researchers at the University of Missouri (MU).

The MU research study focused on poultry products, such as chicken and turkey.

While most poultry manufacturers have accurate tests in place to determine positive cases of Salmonella — for instance culturing samples and extracting DNA to detect pathogens — the tests may take anywhere from one to five days to produce results. The research team has now developed a device that is said to produce results in just a few hours.

Mahmoud Almasri, associate professor of electrical engineering and computer science at the MU College of Engineering; Shuping Zhang, Veterinary Medical Diagnostic Laboratory at the MU College of Veterinary Medicine; and Lincoln’s Majed Dweik have been developing the portable bacteria sensors for a few years and recently published their findings, ‘A microfluidic based biosensor for rapid detection of Salmonella in food products’, in journal PLoS ONE.

The biosensor uses a specific fluid that is mixed with the food to detect the presence of bacteria, such as Salmonella, along a food production line in both raw and ready-to-eat food. That way, producers can know within a few hours — typically the length of a worker’s shift — if their products are safe to send out for sale to consumers. The researchers believe their device will enhance a food production plant’s operational efficiency and decrease cost.

“Raw and processed food could potentially contain various levels of bacteria,” Zhang said. “Our device will help control and verify that food products are safe for consumers to eat and hopefully decrease the amount of food recalls that happen.”

The biosensor has been designed to simultaneously detect multiple bacteria with concentration as low as seven cells per millilitre in both raw and ready-to-eat poultry in less than an hour without the need for enrichment culture. The testing panel for raw poultry included Salmonella serogroups B, D and E, while for ready-to-eat (RTE) poultry products Salmonella serogroups B, D and E and E. coli O157:H7. The team are in the process of testing for Listeria and Campylobacter.

The researchers said the next step would be testing the biosensor in a commercial setting. Almasri said he believes people in the food processing industry would welcome this device to help make food safer.