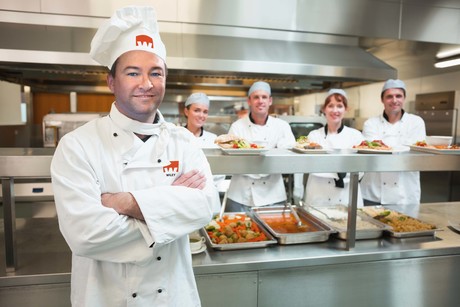 Wiley has been constructing food facilities for more than 100 years, but managing director Tom Wiley readily admits his own culinary skills are limited to the BBQ and pizza oven. So he has embraced the opportunity to learn from some top chefs during Brisbane’s first OzHarvest CEO CookOff on 7 March.

Wiley will be slicing and dicing alongside Queensland’s best chefs at the CEO CookOff, before sharing a three-course meal with 1000 homeless and disadvantaged guests, while raising awareness of food waste.

OzHarvest’s founder and CEO Ronni Kahn said the OzHarvest CEO CookOff is a great opportunity for Australia’s business leaders and top chefs to connect in a very meaningful way with those who are less fortunate.

“Food is all about caring, sharing, dignity and respect. It’s an equaliser and a connector and that’s what this event is all about,” she said.

Wiley’s goal is to raise $20,000 to support OzHarvest’s work feeding Australia’s homeless and disadvantaged via food rescue programs, and reducing food waste by redistributing quality, excess food from commercial outlets to charities around the country. Donations can be made here.