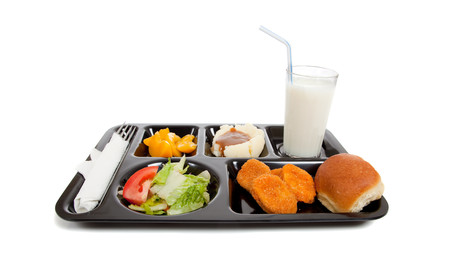 Some children are particularly fussy with food, not only in terms of what they eat but how it’s presented. Preferences tend to change over time, but there may be an ideal way to serve food.

Researchers from the University of Copenhagen analysed whether gender and age influenced how children like their food to be arranged, and the results could help parents and schools improve children’s diets.

“As a researcher, I have anecdotally heard parents say that their children prefer to have their food served in a particular way, including in a specific order. But we do not have much evidence-based knowledge about how children sort and eat their food, which is very relevant when, for example, we want our children to eat more vegetables — or eat their food in general,” said Annemarie Olsen, Associate Professor at the Department of Food Science.

Foods presented in small portions that are easy to grab — such as grapes and carrot sticks — are known to encourage children to eat more fruits and vegetables. But are there specific plate arrangements that can affect consumption as well? The simple answer is yes.

The researchers asked 100 school children, aged 7–8 and 12–14 years, to prioritise photos of six different dishes served in three different ways. The three options were: all food served separately; a combination of separate ingredients and ingredients that were mixed together; and all the food mixed together.

While younger girls preferred their food to be served separately, boys of the same age did not have a preference. Age was also an important factor, as older children (12–14) prioritised food that was partially or entirely mixed.

Olsen said there were a number of reasons that younger girls may prefer to have their food served as separate ingredients.

Staff and visitors can invent and create their own cereal bowls or soft serves on campus.