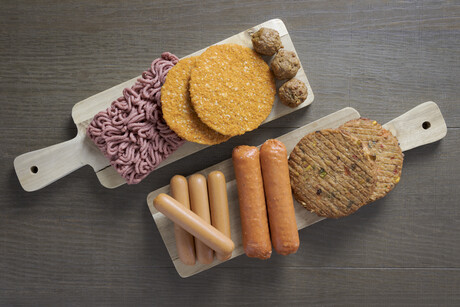 Almost twice as many Britons are eating plant-based alternatives foods today compared to 10 years ago, research from the London School of Hygiene and Tropical Medicine (LSHTM) suggests.

The research, performed in concert with the University of Oxford, involved tracking the consumption trends of over 15,000 people in the United Kingdom from 2008 until 2019. In that time the number of people who reported eating plant-based alternative foods such as plant-based milk, vegan sausages and veggie burgers went from 6.7% in 2008 to 13.1% in 2019. Those data are a tad outdated but following the trend implies that an even greater proportion of people are eating these kinds of foods today.

Over those thousands of people tracked, the demographics that saw the largest increases in their consumption of plant-based foods were Generation Y (11–23 years old), millennials (24–39 years old) and those people that were reporting low meat consumption. Gender played into the analysis too: women were almost 50% more likely than men to have eaten plant-based foods.

Looking at the data from a socio-economic point of view showed some obvious trends too. Those with a higher income were more likely to consume these sorts of foods, which the researchers suggest is a demonstration of inequalities for the affordability of meat alternatives.

The research also demonstrated that not all of these foods were equally popular. While plant-based milks were widely enjoyed and saw an increase in the number of consumers, other dairy replacements were substantially less attractive: only 1.2% of the surveyed people ate vegan cheese or yoghurt in 2019.

Nonetheless, the research shows that consumers are eagerly embracing plant-based foods and are using them to both replace and supplement other items in their diet.

“We are seeing a revolution in consumer patterns that could have dramatic impacts on our food systems,” said Professor Alan Dangour from LSHTM and a study author.

“Our study shows just how quickly diets are changing in the UK and how willing the UK public are to adopt new foods. We must now ensure that as we transition to diets with more novel foods, the diets enhance public health and have a substantially lower impact on our planet.”

Read the full paper, published in Science of the Total Environment, by clicking this link.