No- and low-alcohol drinks slated to increase in popularity 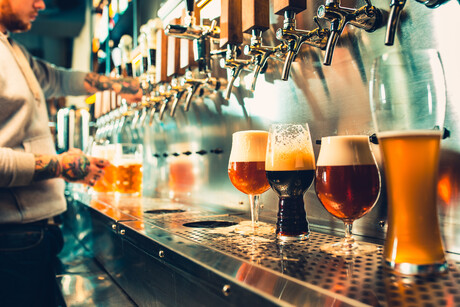 An increased number of Australians are reaching for beverages with no- and low-alcohol (NoLo) content, according to a survey performed by Decibel Research and commissioned by Brick Lane Brewing.

The survey revealed that 45% of consumers say that they regularly or occasionally consume these NoLo beverages and well over half of people say that they will increase the amount of reduced-alcohol drinks they will drink in the future.

The increased amount of NoLo beverages being purchased is said to be related to people becoming more interested in having a healthy lifestyle and the ability to drive after drinking. Despite there being a noted presence of a stigma against these drinks among the respondents, there is an increase in the number of young people drinking them. Interestingly, over a third of people said that the taste of NoLo drinks was a purchasing barrier.

Brick Lane CEO & Co-Founder Paul Bowker said: “It’s clear that NoLo alcohol is no longer a curio or peripheral category but one which is being embraced across a broad cross-section of demographic groups. In particular, younger Australians and those who want a healthier lifestyle are embracing NoLo drinks as a way to have the best of both worlds.

“The NoLo category is already growing rapidly, and as younger people grow older and become even more influential as a consumer group, we anticipate growth will continue to be exponential. We see no reason why NoLo cannot soon capture 10% of the Australian market.”

The results of this survey, which also outline that people want to see more accessibility to NoLo drinks in pubs and retailers as well as a larger variety of options, gel with previously released information that showed them even outperforming alcoholic beverages and that young people are a driving force behind their adoption.

New products bubble up for consumers

Despite its turbulence, 2021 had a strong showing for new food and beverage products, says a new...