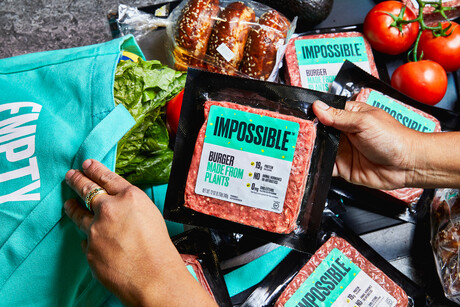 As a result, several Nestlé subsidiaries throughout Europe are prohibited from branding their product Incredible Burger. If the 10 separate Nestlé subsidiaries involved in the case do not remove the infringing branding from the European market within four weeks, they will be subject to a penalty of €25,000 (AU$40,578) per day — a company-wide penalty of up to €250,000 (AU$405,856) per subsidiary during the duration of the injunction.

“We’re grateful that the court recognised the importance of our trademarks and supported our efforts to protect our brand against incursion from a powerful multinational giant,” said Dana Wagner, Impossible Foods’ Chief Legal Officer.

In its ruling, the court endorsed the validity of the Impossible Burger trademark and noted the visual, phonetic and conceptual similarities between that trademark and Nestlé’s Incredible Burger branding, citing evidence that consumers and commentators were confused by the similarity in names.

Staff and visitors can invent and create their own cereal bowls or soft serves on campus.

Woolworths New Zealand has issued a nationwide recall of a range of squeezable baby food pouches...

FIMER charges ahead with e-mobility portfolio

Applying the circular economy to water

COVID-19 and the vulnerability of remote Indigenous communities

A Day in the Life of a Sydney paramedic

Signs your workplace does not take mental health seriously

NSW pushes for seasonal safety ahead of summer