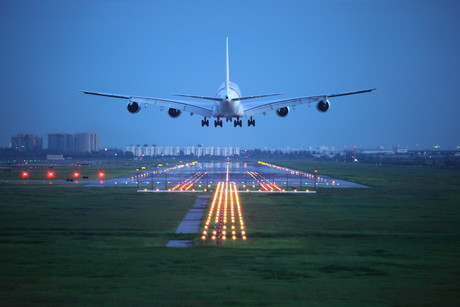 We’ve all experienced poor-quality dishes or limited food options on a flight, but have you ever been told an airline has suspended their catering service entirely? This is what happened recently with several airlines due to food safety concerns.

Last month, it was revealed that airline catering service Gate Gourmet had a Listeria scare in its kitchen at Los Angeles International Airport (LAX), sparking several airlines such as American, Delta and Virgin Australia to stop using its services.

Listeriosis is a foodborne disease that is especially dangerous for individuals with an impaired immune system, the elderly, pregnant women and newborn infants. It can take up to 70 days before symptoms such as fever, stiff neck, muscle aches and confusion appear, and in severe cases it can lead to miscarriages and stillbirths.

Gate Gourmet insisted that the Listeria bacteria was only present in areas that did not come into contact with food, such as drains and floor surfaces, and it was “immediately and aggressively treated” the company told Business Insider. It was found during a routine inspection, and before this incident the Los Angeles County Department of Health had consistently awarded Gate Gourmet’s LAX kitchen with grades in the 90–100% range (an ‘A’ grade) from 2015–2017.

American Airlines was the first to report it was suspending its catering services in early November, while others continued to operate as normal. Delta and Virgin Australia followed suit over the next two weeks.

In a statement, Delta said: “While the LAX kitchen where Delta’s food is prepared remains in compliance with local and federal regulations, Delta has temporarily adjusted catering operations so Gate Gourmet can take more aggressive actions to further improve food safety.

“Delta has made alternate catering arrangements so there is no interruption to its onboard food offerings.”

However, Virgin Australia had “limited catering” according to a letter distributed to passengers on 11 November. The airline resorted to buying airport cafe food and providing customers with food vouchers before the flight.

“Guests will still receive a food service onboard; however we’re sorry this won’t be up to our normal high standards,” the letter said. “We are providing guests with food vouchers so they can also purchase additional food prior to their flight.”

The LAX Gate Gourmet facility continued to operate throughout the incident and spokeswoman Catherine Nugent said that the situation had been resolved. The company claimed it remains committed to food safety and there were no reported cases of listeriosis.

It seems as though regular food and drink services have resumed on international flights out of LAX, but it remains unclear whether airlines are using Gate Gourmet.

But which onboard catering company were they referring to? Until more information is revealed, maybe packaged snacks are the best option on LAX flights.

GlobalData has forecast that Australia's hot drinks sector could be worth $3.99 billion by...

Coles and Heart Foundation team up for healthier Aussies

Woolworths has announced its biggest product launch since Christmas, with 60 new food products to...