Unhealthy food production is killing us 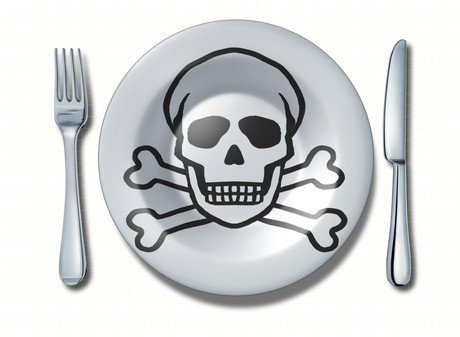 Forget obesity, malnutrition or car accidents — industrial food production could be our leading cause of preventable deaths.

Hidden killers, including air pollution, water contamination, pesticide exposure and excessive use of antibiotics and fertilisers are making healthy eating impossible and the problem is escalating, according to a recently released report.

The Ellen MacArthur Foundation report — Cities and Circular Economy for Food — claims industrial food production factors could be implicated in 5 million deaths/year within 30 years. This death statistic is twice the current number of people killed by obesity and four times the number of people killed in road traffic crashes globally. The report, produced with analytical support from SYSTEMIQ, was launched at the World Economic Forum Annual Meeting in Switzerland.

Even when trying to make healthy food choices, consumers are at risk because of the way food has been produced. Synthetic fertilisers, pesticides and mismanaged manure exacerbate air pollution and contaminate soils and water.

The report highlights the enormous environmental damage caused by food production which is currently responsible for almost a quarter of global greenhouse gas emissions.

The Foundation sets out a vision for a new system based on circular economy principles, where food is grown locally and in a way that regenerates natural resources, waste is eliminated through better redistribution and by-product use, and healthy food is produced without the need for harmful practices.

The report finds that eliminating waste and improving health through the circular economy could be worth US$2.7 trillion a year to the global economy. Health costs caused by pesticide use would decrease by US$550 billion a year and antimicrobial resistance, air pollution, water contamination and foodborne diseases would reduce significantly.

Greenhouse gas emissions would be expected to decrease by 4.3 Gt CO2e, the equivalent of taking one billion cars off the road permanently. The degradation of 15 million hectares of arable land would be prevented and 450 trillion litres of fresh water saved annually.

The way we produce food today is not only extremely wasteful and damaging to the environment, it is causing serious health problems. It cannot continue in the long term. We urgently need to redesign the system. People around the world need food that is nutritious, and that is grown, produced and delivered in a way that benefits their health, the environment and the economy.

Cities are key to alleviating this crisis. By 2050 they will consume 80% of food, giving them the power to drive the shift to a healthier system. Cities themselves can unlock US$700 billion a year by using organic materials to help produce new food and products and by reducing edible food waste.

The report is available for downloading at www.ellenmacarthurfoundation.org/assets/downloads/Cities-and-Circular-Economy-for-Food_EMF.pdf.

Help in working through the workplace regulatory maze