Getting what you pay for 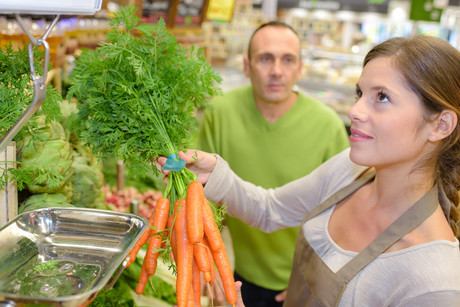 Quietly, behind the scenes the National Measurement Institute (NMI), which is part of the Department of Industry, Innovation and Science, provides advice and assistance to businesses on meeting their obligations under trade measurement law and checks to ensure businesses are measuring accurately for trade. This instrumentality is national regulator of trade transactions involving measurement.

Between now and June 2017, NMI’s ‘Harvest to Home’ trade measurement inspection program is going to focus on the weighing, packaging and selling of fruit and vegetables throughout their journey from paddock to plate.

The program will include:

“We want to make sure that everyone involved in the fruit and vegetable industry, from importers and farmers to retailers, is aware of their rights and obligations under trade measurement laws,” NMI General Manager for Legal Metrology Bill Loizides said.

“Where breaches of the law are detected, NMI inspectors will usually advise businesses on how to improve their trading practices to meet their legal obligations. However, where persistent or serious breaches occur, NMI may use a range of enforcement options, including fines and prosecution.”

NMI aims to enhance the efficient operation of the market through its national trade measurement compliance program. NMI’s enforcement activities enable business and consumers to be confident that trade measurements are accurate.

To help ensure that businesses comply with their obligations under the law, NMI has a national network of trade measurement inspectors who work with industry and consumers to:

In its 2015–16 compliance activity and outcomes report NMI concluded that the level of compliance detected has continued to improve over recent years, with 66% of businesses found to be fully compliant in an initial audit in 2015–16, up from 60% in 2014–15.

NMI follow-up on trade measurement inspections showed that the majority of businesses are ready and willing to comply with the law once they are made aware of their obligations. Most detected breaches are relatively minor and, following the issue of a non-compliance notice and advice from the inspector, are corrected by the trader.

In 2015–16, follow-up visits by trade measurement inspectors found that only 15% of those businesses found to be non-compliant in an initial audit continued to breach the law.

Only seven matters were referred to the Commonwealth Director of Public Prosecutions to consider for prosecution.

The trader types with the greatest percentage of non-compliant businesses in 2015-16 included:

Some of the NMI’s national targeted programs in 2015–16 included:

NMI is keen to ensure that you get what you pay for and equally give to your clients what they are paying you for. Contact the NMI on the National Trade Measurement hotline, 1300 686 664, or email infotm@measurement.gov.au if you are concerned that products have been weighed incorrectly or have incorrect measurement labels.

This factsheet and video clip will give you more information.