"Our products can make you ugly, fat, and unhappy" — alcohol marketing in Sweden 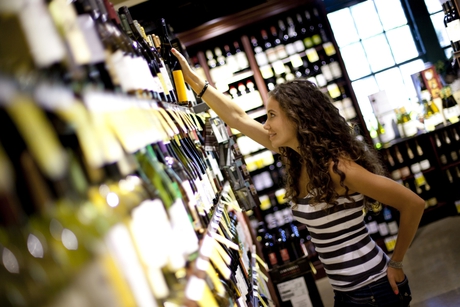 In Sweden you can only buy alcohol during restricted weekday hours, until 3 pm on Saturdays and not at all on Sundays or holidays. And you can only buy it from one state-owned monopoly — Systembolaget.

This restricted access to alcohol exists for one reason: to minimise alcohol-related problems by selling alcohol in a responsible way, without profit motive.

“Our mandate is to limit the medical and social harm caused by alcohol and thereby improve public health,” said Evelina Westblom, store manager at Systembolaget in Liljeholmen, Stockholm. And it seems the Swedes don’t mind. In its 2015 national survey, Opinion Index (OPI) showed that 77% of the Swedish public supported Systembolaget and its right to exclusivity.

Systembolaget does have one of the most comprehensive product assortments in the world. It has also produced widely acclaimed advertising campaigns advocating “less and more” responsible social drinking. Here’s one campaign quote: “Our products can make you ugly, fat, and unhappy (Which we wouldn’t have told you if we were privately owned.)”.

What are the flipsides then, besides the limited opening hours? If you’re a smaller wine producer or brewery — having only one buyer and distributor of alcohol for an entire country could be an advantage or disadvantage, depending on your position, as Swedish wine importer Michael Wising explains: “Systembolaget is both good and bad, depending on whether you are ‘in or out’. If you are selling wines to the monopoly, it is very good… but if you are not successful in getting the listings with them, you don’t really have a lot of alternatives.”

In many ways, Systembolaget mirrors the values of the Swedish welfare state, which may be why Swedes accept certain limitations of their freedom (in this case, the possibility to buy alcohol everywhere and at any time), for the greater good of a healthier society.

Hence, you may drink, but please keep it at a lagom (not too much — not too little) level. Perhaps we should think about how responsibly we market alcohol, too?

Crunchy apples and chips as well as fruity apperitifs are some interesting new products for...

The top five food and beverage trends ripe for investment in 2022 have been revealed in a report...