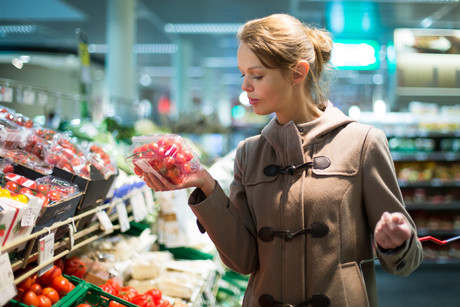 Consumers first presented with an apple labelled ‘non-genetically modified’ showed a 67.2% preference for it, statistically even with the shopper’s initial preference for an unlabelled apple. This indicates that the ‘non-GM’ label is not stigmatising the unlabelled product.

The research, titled ‘Signalling Impacts of GMO Labelling on Fruit and Vegetable Demand’, was published in the journal PLOS One. The study comes as food marketers in the US prepare for a new federal law requiring genetically modified organism disclosure labels on food products, from 1 January 2022.

“We wanted to learn from consumers what will happen to conventional products when the labelling goes into effect and we start seeing ‘GM’ and ‘non-GM’ labelled produce at the market. Will shoppers be willing to purchase a product when the new labels are introduced?” said co-author Miguel Gómez, associate professor at Cornell’s Charles H. Dyson School of Applied Economics and Management.

Consumer aversion towards genetically modified food has led to mandatory labelling proposals and laws at the state and federal levels in America. The U.S. Department of Agriculture will implement the National Bioengineered Food Disclosure Standard in 2022, requiring food marketers to disclose the use of GMOs in food and food products.

These findings contradict the experiences of dairy farmers in the mid-1990s, who used recombinant bovine somatotropin (rBST) — a growth hormone for cows — to increase milk production. Due to increasing consumer demand for milk free from rBST, dairies started labelling milk as rBST-free on cartons, inadvertently stigmatising regular milk as consumers assumed that it contained rBST.

The initial hypothesis posed by Cornell researchers was that having a non-GM label would have a stigmatising effect on the (unlabelled) fresh product. The results contradicted the hypothesis, as the GMO label had a halo effect on the unlabelled product.

Connecting consumers directly with food producers through the use of smart labelling would...

Aussies clean up at the WorldStar Global Packaging Awards

Seven Australian companies have won in the food and beverages categories at the WorldStar Global...