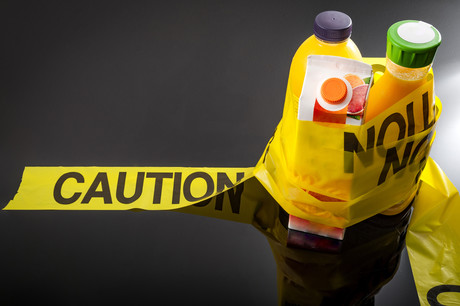 Researchers are calling for stricter regulations on food product labelling and marketing in the children’s food market, after they found 41% of products commonly perceived as ‘healthy’ were classified as ‘less healthy’. This could avoid confusion around nutritional quality and reduce the rising rates of childhood obesity.

Food packaging marketed to children in the UK often uses cartoon characters, toys, games and promotions, but the use of health and nutrition claims create a positive impression known as the ‘health halo effect’.

University of Glasgow researchers looked at food marketed to children above the age of 1 in the UK, focusing on packaging with child-focused imagery and health and nutrition claims, including terms such as “one of 5 a day”. The nutritional quality of 332 different products — including breakfast cereals, fruit snacks, fruit-based drinks, dairy products and ready meals —  was analysed using the Ofcom Nutrient Profiling Model. This classifies the nutritional quality using a scoring system made up of seven elements — energy, total sugars, saturated fat, salt, fruit/vegetables/nuts, fibre and protein — from the product labelling information.

Nearly a quarter of the products, most of which were fruit-based drinks and snacks, made ‘no added sugars’ claims, but half had concentrated juice or fruit puree as the added ingredients.

“Processed fruits are perceived by the public as a healthy natural alternative to added sugars, but because of the breakdown of the cellular structure they potentially have the same negative effect on weight gain as other forms of sugar, which is why they have recently been classified as free sugars in the UK,” the researchers wrote.

Over 41% of products made 5-a-day claims, but over 44% of these products contained processed fruit, concentrated fruit juice or puree.

Despite 82% of them claiming to contain one portion of fruit or vegetables, three out of four didn’t contain the recommended 80 g portion size. The results also found that the serving size for almost all fruit-based drinks exceeded the recommended 150 mL limit for fruit juice, yet the fruit and vegetable portions for most products were below the recommended portion size.

Although the researchers noted that the content of some ingredients were estimated, they said the findings indicate that health and nutrition claims on packaging are confusing and need to be addressed.

“Prepacked foods targeted to children can be consumed as part of a ‘balanced and healthy’ diet, yet their health and nutrition claims remain questionable. Given the current rising rates of childhood obesity, the consumption of less healthy foods may have long-term negative implications on child health,” wrote the researchers. “Stricter regulations on product composition, food labelling, and marketing techniques are required to discourage the promotion of foods which might be considered obesogenic.”

Have you been introduced to the unique MicroPurity™ technology of the Zip HydroTap®?