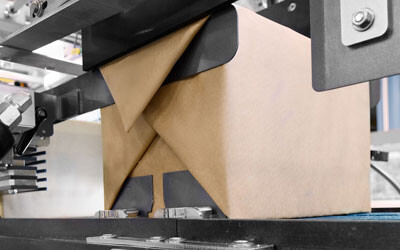 The idea of using paper as a secondary packaging is not new; KHS first experimented with this around 20 years ago. Back then, this technology didn’t catch on; however, as paper was a cost-intensive raw material and wrapping containers in film yielded better results, the beverage industry thus opted for different systems and solutions.

But in today’s world, customers demand alternatives to the usual packaging systems such as film and these should be as eco-friendly as possible. To meet this demand, KHS Group has added a further environmentally friendly system to its portfolio. With its Innopack Kisters tray packers, the systems supplier now enables cans of food and beverage to be wrapped in paper. The new technology provides an alternative to shrink film or wraparound cartons. Regarding stability the results are the same, yet compared to cardboard, costs are lower as less energy and fewer materials are used. With a few minor adjustments existing machines can also be converted to this new set-up. This type of pack can replace shrink film or wraparound carton packaging for transportation or sale on packs of 12 or 24 cans in the high-capacity range of up to 90,000 cans per hour.

Wrapping cans in paper has many advantages over other materials:

In order to wrap cans in paper instead of film just a few adjustments are needed to the Innopack Kisters tray packer. KHS Group is increasingly supplying modular systems and solutions that enable and ease the appropriate conversions of machines. In this case, KHS has simply re-engineered the process module for folding and wrapping. The standard components such as tray separation from the magazine, gluing or can feed are identical to KHS machines already on the market. This allows beverage producers to have the tray packers already in operation at their plants converted simply by adapting certain modules, making a full new investment unnecessary. 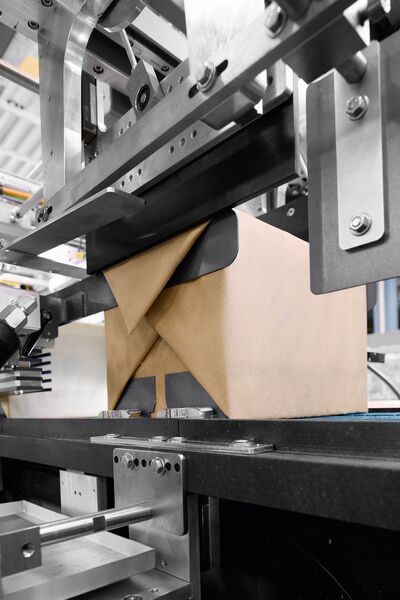 Survey on tethered caps: a greener alternative or not?

Tethered caps — closures that stay connected to the bottle when opened — are set to...

Popcorn packaging: an alternative to polystyrene

Researchers at University of Göttingen have been developing popcorn as an environmentally...

Government plans to phase out eight types of plastic by 2025

Australian national environment ministers have agreed to phase out eight 'problematic and...