Food recalls still on the rise due to undeclared allergens 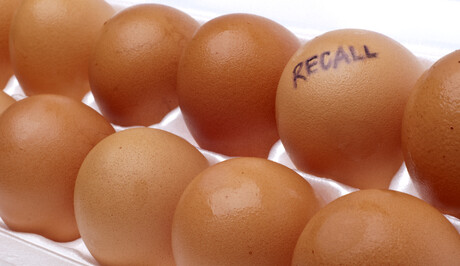 The latest FSANZ statistics have revealed that there has been an increase in the number of food recalls, with cases of undeclared allergens reaching record levels last year.

Research by Food Standards Australia and New Zealand (FSANZ) found a total of 109 food recalls in 2020 — the most of any year included in the report — with the annual average showing a steep incline over the 10-year period.

The report comes after the industry body approved changes to the Food Standards Code in February that aim to make allergen labelling more transparent and consistent on Australian food packaging. 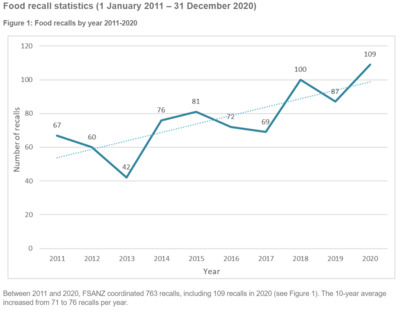 FSANZ said that between 2011 and 2020, most food recalls were due to undeclared allergens (321 recalls; 42%) and microbial contamination (195 recalls; 26%), which show an increasing trend along with chemical contaminants.

The only category to show a decreasing trend is food recalls due to foreign matter, although the most common types of foreign matter were metal (37 recalls; 36%), plastic (33 recalls; 32%) and glass (21 recalls; 20%).

The statistics also showed that the contaminated food was overwhelmingly being recalled at the consumer level, with 86% of all the recalled food being available for retail sale. 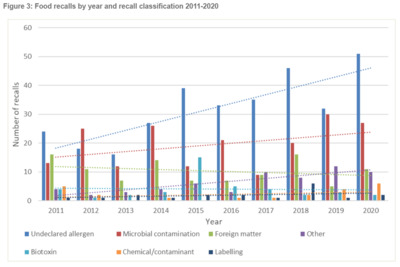 Finding a solution to the problem

In 2016, FSANZ identified undeclared allergens as a problem area within the F&B sector and set out to find a solution. The category was the most common reason for food recalls year on year, making up close to half of all recalls in 2020.

On top of that, the authority was detecting the need to recall food due to undeclared allergens primarily through customer complaints.

Together, routine testing by the company as well as government testing have detected a similar number of problems to customer complaints (77 compared to 84 detections) over a five-year period.

This meant that the problem was not getting picked up until it ended up in the hands of the consumer.

FSANZ set out to determine the root causes of the problem. It was determined that packaging errors were the main culprit for the rise in undeclared allergen food recalls, being the root cause for more than half the issues. 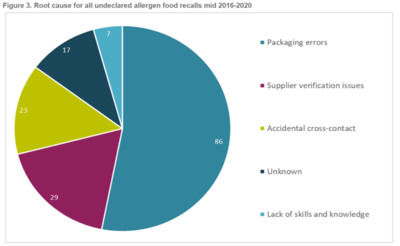 PEAL requires the 11 known foods and ingredients that can cause severe allergic reactions to be declared in a specific format and location on food labels and in simple, plain English terms in bold font.

The amendments are predicted to cost the industry between $41 million and $105 million in Australia and will likely affect more than 15,000 items.

However, FSANZ’s prerogative is that this is a small price to pay compared to stamping out the potentially deadly and preventable mislabelling of allergens.

Businesses have been given three years to implement the new requirements, followed by a two-year stock-in-trade period to accommodate the transition.

The amendments are designed to reduce the number of food recalls as allergen mislabelling becomes more stringent. However, it will remain to be seen whether PEAL will halt the steady rise of food recalls once it is enforced.

All charts courtesy of FSANZ.

50 years since the beginnings of the barcode

It has been 50 years since the numbers behind the humble barcode were invented. Now, the next...

Several companies have collaborated to create a KitKat wrapper made partially with recycled soft...