Do you have to stick with smelly glue? 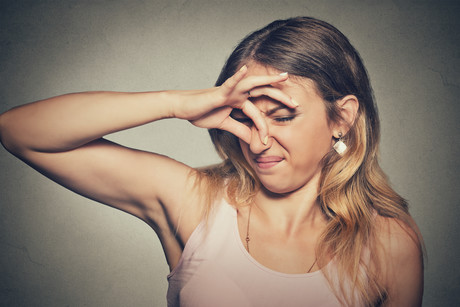 Do adhesives have to be smelly? The short answer is “No”.

The Department of Sensory Analytics at the Fraunhofer Institute for Process Engineering and Packaging IVV looked at solvent-based, solvent-free and minimal-solvent acrylic adhesives and found that all can emit pungent odours.

They then investigated four solvent-free adhesives more closely to find the chemicals that trigger the offensive odours.

Of the 27 different unpleasant odorants found, 20, including borneol, had not previously been identified as being odour-active compounds in adhesives. Other odorants included methyl methacrylate, acetophenone, 1-butanol, 4-methylphenol, phenylacetic acid, methyl ester and acetic acid. Some of the samples contained phenolic compounds suspected of being mutagenic.

The smelly chemicals presented a range of odour profiles ranging from pungent, fruity and leathery to smoky and mouldy.

“If a product emits a particularly strong odour, this can indicate the presence of hazardous substances,” said Prof Büttner, who is the department head and deputy director of Fraunhofer IVV. “Our analysis shows that a series of substances we found ought to be eliminated, and not just in terms of odour emissions. Strong odours can most definitely cause headaches and dizziness. We should be asking why adhesives smell. The mindset of both the user and the manufacturer needs to change in this regard.”

For their analyses, the researchers rely on different methods and devices, such as gas chromatography and mass spectrometry; these enable them to carry out simulated exposure studies in real-life situations to detect and quantify the substances being emitted. In other words, the researchers determine how much is being emitted in normal use. In short: the analytical requirements are high. The detection methods must cover as broad a spectrum of chemical substances as possible, since odorants are not a chemically uniform group. Their only commonality is that they are volatile. In addition, the analysis must differentiate between odour-active and -inactive substances. Machine detectors are only partly capable of achieving this, which is why the human nose is still irreplaceable. It is also the reason why sensory tests are conducted at the start of the analysis.

Weekly sensory training sessions are held at Fraunhofer IVV to train test subjects on becoming odour experts. The test subjects are given samples in odourless glass containers. The sensor panel sets characteristic odour attributes for each sample; in a second sensory session, it evaluates them against reference compounds on a predetermined scale. The overall intensity and the personal preference or dislike of an odour impression is then evaluated, with the mean values of the evaluations being used to summarise an odour profile.

The expert on adhesive materials is Philipp Denk, who researches all types of adhesive components — for example, in food packaging and the medical sector. His current focus is the acrylic adhesive group, following which he will analyse physio tapes, some of which also contain odour-intensive compounds.

The research findings have been published in the International Journal of Adhesion and Adhesives.