50 years since the beginnings of the barcode 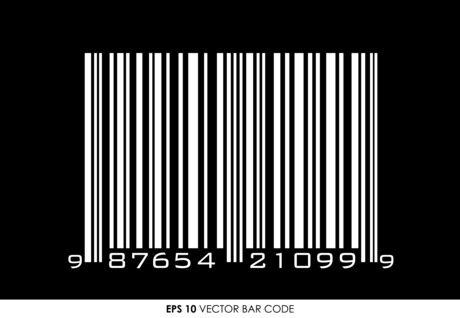 GS1 is celebrating 50 years since the creation of the GTIN — the number behind the barcode — which transformed the global economy.

The not-for-profit, which develops and maintains global standards for business, is calling for collaboration towards the next generation of barcodes after half a century of digitalisation in commerce.

Collaborating towards a global standard

Fifty years ago, on 31 March 1971, leaders from the biggest names in commerce came together and transformed the global economy by developing the Global Trade Item Number (known as the ‘GTIN’). This numerical code uniquely identifies every single product and is the core of the barcode. Today, the barcode is scanned over six billion times every day and remains one of the most recognisable symbols in the world.

“This is one of the great, untold stories in the history of the modern economy,” said Kathy Wengel, Executive Vice President & Chief Global Supply Chain Officer of Johnson & Johnson and Chair of GS1 Management Board.

“Half a century ago, fierce competitors came together, put aside their differences and remade global commerce for the better with the development of the GTIN, which in turn led directly to the creation of the barcode. As we celebrate this remarkable milestone, we call on businesses to collaborate once again to meet the needs of the 21st-century economy by rapidly deploying and implementing new technologies, including data-rich, next-generation barcodes.”

The 1971 meeting took place in New York City and included leaders from the biggest names in groceries, retail and consumer goods at the time, including Heinz, General Mills, Kroger and Bristol Meyer. The executives agreed to create a system to uniquely identify every single product, calling it the Global Trade Item Number, or GTIN.

With great foresight, GS1 said, they believed that the GTIN could have a positive impact even beyond the grocery store — from warehouses to board rooms — and would boost speed and efficiency of transactions and processes that could transform everything from supply chains to consumer experiences. And they agreed at the meeting to continue to innovate together to create a system that would benefit businesses and consumers alike. Now, it is considered to be one of the defining inventions of the 20th century.

Journey to the future

Tom Brady, an engineer who developed and installed the scanner system used at Marsh Supermarket to scan the first barcode with GTIN in 1974, said he is honoured to have been a part of something so beneficial to the world.

“From the visionary meetings of the founders of GS1 to the first scan at Marsh Supermarket, the early 1970s were enormously exciting and challenging,” Brady said.

“Now it is time for a new generation of industry leaders to come up with new forms of standards that will have the power to transform business for the next 50 years.”

Maria Palazzolo, Executive Director and Chief Executive Officer of GS1 Australia, said she believes that the digitalisation of the GTIN is one of the most significant milestones in the life of the company.

“From the linear EAN/UPC barcode to 2DBarcodes, the need to capture more than just product and pricing information is becoming more urgent and increasingly important. In order to do this successfully we must bring industry together to collaborate and to harmonise. The journey into the future has well and truly begun.”

GS1 said the developments towards next-gen barcodes (such as QR codes), which can hold vastly more information, should be used to empower consumers with trusted information and reshape global commerce for a new century.

“Their use, for example, can tell consumers if a product contains allergens, if it is organic, and information on its carbon footprint. Ultimately, this provides consumers with a greater level of trust and loyalty relating to the products they buy,” the organisation said.

Özgur Tort, CEO of Migros Ticaret A.S. and Co-Chair of Consumer Goods Forum, said the company’s ultimate objective is to ensure transparency, satisfaction, safety and trust to its customers, partners and employees.

“Like our predecessors half a century ago, we as business leaders must come together now, to develop standards that deliver even more useful and accurate product information. This type of collaboration and partnership can advance emerging technologies in ways that will benefit both businesses and consumers, all over the world.”

Food recalls still on the rise due to undeclared allergens

FSANZ has revealed another sharp increase in the number of food recalls, with cases of undeclared...

Several companies have collaborated to create a KitKat wrapper made partially with recycled soft...