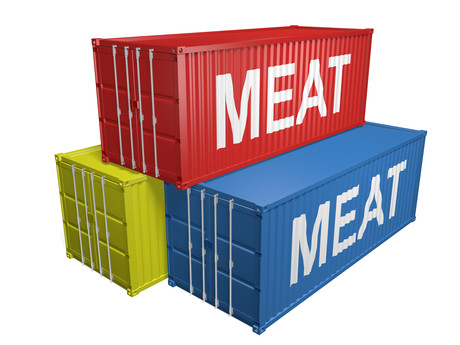 It is likely that food prices will rise following Brexit, but using new trade deals to mitigate this may risk food quality and undermine farmers, according to a new report.

Published by Green Alliance in partnership with the Food and Nature Task Force, the report addresses how future UK agriculture and trade policy will interact once the UK leaves the European Union (EU).

The report said that half of the UK’s food is imported, and 70% of these imports come from EU countries following the same environmental and welfare standards. However, if the UK fails to reach a deal with the EU, and instead unilaterally opens the UK to agricultural imports, food imports from countries outside the EU are likely to increase dramatically. Non-EU imports of chicken could expand by 17 times, butter by 26 times and cheese by five times.

These changes pose significant risks to the UK food system, including lowering standards for food and agriculture and increasing environmental issues.

Food imported into the EU is four times more likely to exceed legal limits for pesticide residues. For example, in the US the maximum permitted residue levels for the pesticide diphenylamine, commonly used on apples, are 100 times higher than in the EU.

It is feared that imported foods will force UK farmers to lower their standards to remain competitive, such as ploughing up field margins or using more pesticides and fertilisers to maximise yields, increasing water pollution.

The report also suggests a bigger environmental footprint for UK food. Beef is more than twice as expensive to produce in the UK as in Brazil, but the environmental impact of Brazilian beef is nearly three times higher, mainly due to deforestation.

Jonny Hughes, Chief Executive at Scottish Wildlife Trust and Global Councillor at IUCN, said, “It would be tragically ironic if, in our pursuit of quick trade deals post-Brexit, the UK ended up driving soil, water and habitat degradation in other parts of the world whilst flooding our supermarket shelves with poor quality food products.”

The report suggests that the government should mitigate these risks by improving information about food origins and production methods, so businesses and consumers can judge the environmental sustainability of all the food they buy. It should also amend the Trade Bill to guarantee that the UK’s high regulatory standards will not be weakened in trade agreements.

According to Shaun Spiers, Executive Director of Green Alliance, it is up to the government to put this into action.

“Some Ministers have given warm words about not trading away our precious natural environment in return for chlorine-washed chicken. But the cold, hard logic of trade negotiations will render these assurances worthless unless they firmly commit to a trade policy that doesn’t threaten UK farming and the environment.”