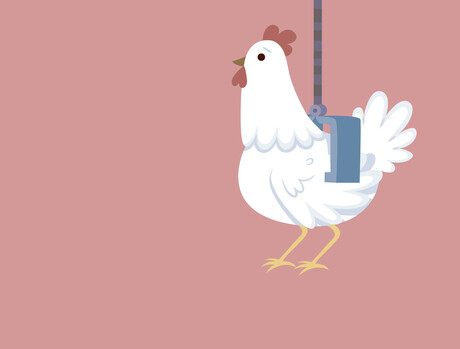 Premier of Victoria Daniel Andrews has moved to Stage 4 restrictions in Victoria and made some significant changes to how food production businesses can operate while the state fights against the COVID-19 pandemic.

On 3 August, Premier Andrews declared the food industry was permitted to continue to operate but he mandated reductions to the number of workers onsite. In the meat industry — and based on the minimum required to operate safely onsite — the workforce will be scaled back to two-thirds. “Unlike other changes, and recognising the risk these sites have posed here and around the world, this will apply to abattoirs in Melbourne and across the state,” the Premier said in his statement.

University of Queensland Professor Robert Henry, who is the Director of the Queensland Alliance for Agriculture and Food Innovation (QAAFI), said roboticised abattoirs and automated harvesting and production facilities would reduce the risk of transmission of pathogens among workers but also the spread of viruses via the food itself.

“COVID does not seem to be transmissible from an infected human touching food but a future pandemic virus might be transmitted this way, so automating the food supply chain reduces this risk. It also minimises reliance on human workers that are not available due to migration restrictions and border closures.”

Apart from robots working in abattoirs, there are a number of technologies in various stages of planning that could also help with food security during a pandemic, such as sky-high vertical farms, more gene-edited foods in our supermarkets and automated farming systems. According to Professor Henry, food producers would now be moving much faster to prepare for the next pandemic.

He said despite growing stocks of foods such as cereals, it was estimated the number of people facing a food crisis will grow from 135 million to 265 million by the end of 2020.

“It may seem to those of us in Western countries that the only impact on food supply has been a rush on pasta and rice in the supermarket and home baking, but the loss of income caused by the pandemic has hit some countries in Africa hard.

“We are in a situation where we have food surpluses while there has been a doubling in the number of people who can’t afford to eat — and the situation is likely to get worse.”