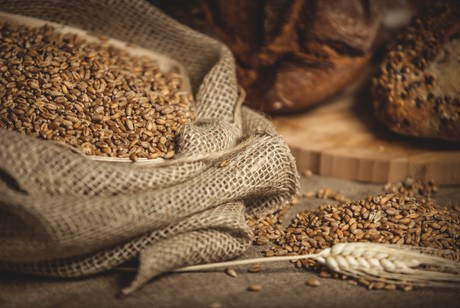 A team of researchers, headed up by CSIRO, have developed a new type of wheat that has 10 times more fibre than regular wheat.

Fibre helps improve gut health and prevents health issues such as bowel cancer, but many Australians prefer processed or white products, such as white bread, over high-fibre whole wheat products.

“Wheat is the most popular source of dietary fibre and eaten by 30% of the world’s population, whether it’s in bread, pizzas, pastas or tortillas.”

In 2006, CSIRO collaborated with French company Limagrain Céréales Ingrédients and the Grains Research and Development Corporation to develop the wheat. Under the company name Arista Cereal Technologies, they began researching wheat varieties high in resistant starch, a type of dietary fibre. They found two enzymes which, when reduced in wheat, increased the amylose content.

“From there, we used a conventional breeding approach, not GM techniques, and managed to increase the amylose content of wheat grain from around 20 or 30% to an unprecedented 85%,” Regina explained.

“This was sufficient to increase the level of resistant starch to more than 20% of total starch in the grain compared to less than 1% in regular wheat.”

High in amylose, the wheat can be processed into flour and used in a range of food products, meaning consumers do not need to change their diets to reap the health benefits. It will be available to buy commercially and will help increase the intake of dietary fibre for millions of people.

“Having a wheat with high levels of resistant starch enables people to get this important fibre without changing the type of grain they eat or the amount of grain-based foods they need for recommended dietary levels,” said Regina.

According to Lindsay Adler from CSIRO and an Arista director, it quickly gained interest in the US from Bay State Milling Company, with the first crops recently harvested in US states Idaho, Oregon and Washington. He expects the wheat to be popular internationally.

“This is an opportunity ripe for the picking, with customers across the world increasingly demanding foods with improved health benefits,” Adler said.

Arista is hoping to find an Australian licensee who will develop a new product for local and Asian markets.