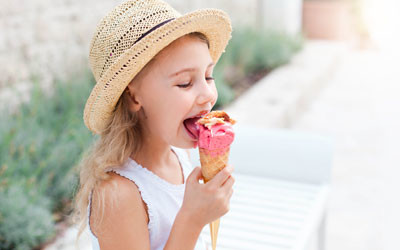 The ability to detect sweetness in foods plays a major role in the human diet and the perception of other flavours. While much is known about the individual proteins that signal ‘sweet’, it is not known how the proteins work together as a receptor to accomplish this feat. A study published in ACS Chemical Neuroscience undertook a molecular look at the receptor, which could someday lead to better-tasting food.

Taste receptors are members of a family of G-protein-coupled receptors that communicate information into the body’s cells. The T1R2 and T1R3 proteins form a complex known as the sweet receptor, which forms the perception of molecules, such as natural sugars, artificial sweeteners, and some proteins and amino acids. While prior research has revealed the structure and function of the receptor, the exact layout of the proteins in the complex and its activation process are not clear. Consequently, researchers are striving to develop and analyse theoretical structures of the receptor.

Existing data about the T1R2 and T1R3 proteins was used to generate detailed computer models of each structure. Researchers then created and analysed models of the proteins together in the full complex, conducting studies on two segments: one inside the cell membrane and one outside the cell.

Researchers conducted simulations to determine how the receptor’s structure could change when chemicals, such as sodium and cholesterol, bind to it. Likely configurations of T1R2 and T1R3’s structures were revealed with respect to one another when in a complex. These models could be used to develop a greater understanding of how the sweet receptor impacts nutrition, drug development and human health in general.