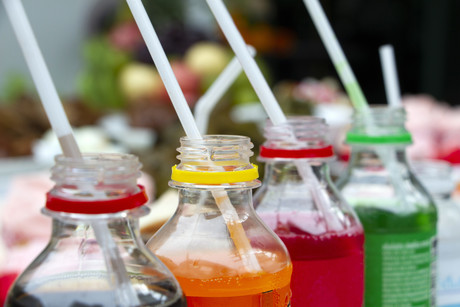 Singapore’s Ministry of Health (MOH) plans to introduce mandatory front-of-pack nutrition labels for less healthy pre-packaged, sugar-sweetened beverages (SSBs) and advertising prohibitions for the least healthy SSBs on local mass media channels. The decision was finalised after international and local evidence for these measures was reviewed, and feedback from public consultation was reviewed.

The Singaporean MOH and Health Promotion Board (HPB) consulted a range of stakeholders and the public, from 4 December 2018 to 25 January 2019, about four possible measures to reduce sugar intake from pre-packaged SSBs. These included mandatory front-of-pack nutrition labels, regulation of advertising, excise duty on manufacturers and importers, and a ban on the sale of higher-sugar SSBs.

The MOH received over 4000 responses from members of the public, health professionals, academia and representatives from the SSB and advertising industries through multiple channels, including the online consultation on the REACH platform, face-to-face dialogue sessions and via email.

There were calls for the government to strengthen educational and promotional efforts to encourage consumers to reduce their sugar intake, and to look into regulating other sources of sugar, such as sugary food.

After reviewing the feedback received and existing overseas and local evidence, the government will start by introducing the front-of-pack nutrition label and advertising regulations. Meanwhile, the government will continue to explore an excise duty or ban — SSB manufacturers are encouraged to consider reformulating their drinks to contain less sugar, as the government further studies these measures.

The government will introduce a graded, colour-coded, front-of-pack nutrient summary label that is mandatory for less healthy SSBs. Under the labelling scheme, SSBs will be assigned a summary grade based on their nutritional quality, in which sugar will be the primary (but not the sole) determinant. While the scheme will cover the range of healthier to less healthy SSBs, it will only be mandatory for the less healthy segments. Through the label, consumers can identify less healthy SSBs and make healthier choices. The label also encourages manufacturers to reformulate SSB products.

An advertising prohibition of product advertisements for the least healthy SSBs (those that receive the poorest front-of-pack label grade) will be introduced on all local mass media platforms, including broadcast, print, out-of-home and online channels. These measures will provide nutrition information, particularly regarding sugar content, and reduce influence from advertising, thus encouraging healthier choices and encouraging industry reformulation.

The scope of the SSBs covered will include, but is not limited to, Asian drinks, soft drinks, malted drinks, juice drinks and juices, cultured milk/yoghurt drinks and 3-in-1 or 2-in-1 instant beverages. More details on these two measures will be shared in 2020.

A University of Leeds study has found there was an overall 13% decrease in total sugar content in...