Organic yoghurt is the most sugary 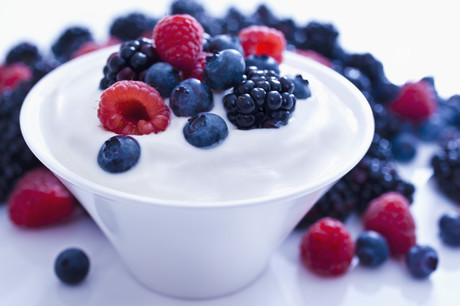 Organic and children’s yoghurts are considered to be healthy snacks that are high in calcium and protein, but a new study has found they contain the highest amounts of sugar.

To achieve a green traffic light nutrition label in the UK requires a product to contain less than 5 g/100 g of sugar. The study, published in BMJ Open, found less than 9% of yoghurts and only 2% of children’s yoghurts were classified as low sugar and achieved the green label.

Lead author Dr Bernadette Moore from the School of Food Science and Nutrition at Leeds said the organic label leads to the assumption it is the healthiest option, but these yoghurts “may be an unrecognised source of added sugars in many people’s diet”.

Study co-author Dr Barbara Fielding from the University of Surrey explained the reason for the high sugar content of organic yoghurts. “Sugar is often used as a sweetener to counteract the natural sourness from the lactic acid produced by live cultures in yoghurt. These live cultures — or microorganisms — are what make yoghurt a ‘good for your gut’ food and tend to be found in higher amounts in organic yoghurts. This may be why these products had higher amounts of added sugar to offset the sourness.”

Children’s yoghurts also contained a lot of sugar, with an average of 10.8 g/100 g. According to the NHS, four- to six-year-olds should have no more than 19 g of sugar a day, so a single serving of yoghurt could be around half of a child’s daily sugar allowance.

Moore explained that children eat more yoghurt than adults in the UK, but their portion sizes are the same, and this may be contributing to increasing obesity rates.

“Many of the products that were suggested for children’s lunchboxes were high sugar dessert yoghurts, rather than lower sugar options. Retailers could play a positive role in promoting health by establishing boundaries for lunchbox recommendations and clearly labelling the amount of added sugar.”

Labelling laws in the UK do not require manufacturers to distinguish between added sugars and naturally occurring sugars, or lactose. The researchers concluded that a reformulation of products to reduce free sugars is warranted, and study co-author Annabelle Horti said consumers need a better understanding of the nutritional values of their food in order to reduce sugar consumption.

“Changing the public desire for ‘sweeter’ yoghurts may be a real challenge when it comes to reducing its sugar content. In general, consumers’ liking for yoghurt is often correlated with sweetness,” she said. “Helping people to understand the quantity of sugar that is in their yoghurt and its possible ill effects on health may go a long way to smoothing the road for when the sugar is reduced.”

To help address childhood obesity, Public Health England challenged the food industry to reduce sugar in yoghurts, and other products, by 20% by 2020. A progress report in May 2018 stated there has been a 6% reduction in sugar for yoghurts in the first year.