No more 'veggie sausages' in France 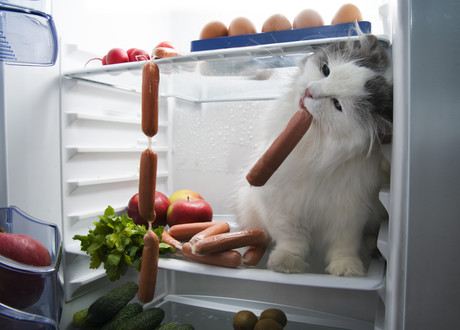 The days of ‘veggie sausages’ may be over following concerns that labelling meat alternatives is causing confusion among consumers. At the end of April, France amended its agricultural bill prohibiting the use of meat-related language, such as ‘burger’ and ‘steak’, to describe plant-based products.

However, this has received a mixed reaction. While it may make the shopping experience easier for carnivores, vegetarian and vegan consumers ponder whether this move is a retaliation against the rising number of meat-free products threatening the meat market.

The move to ban these descriptions — which also applies to dairy alternatives — was proposed by MP Jean-Baptiste Moreau, who formed his argument on the European Court of Justice’s decision in 2017 to only allow products containing real milk to use the term.

Moreau explained his rationale in a tweet: “It is important to combat false claims. Our products must be designated correctly: the terms of #cheese or #steak will be reserved for products of animal origin.”

But some have argued this has created double standards in the way meat and substitutes are advertised. The Guardian suggested products are not labelled accurately as consumers do not like to associate common household food items with their ingredients, whether they are animal-based or not. For example, dairy milk would not be described as ‘mammary secretions’. Ultimately, since consumers are removed from the reality that meat products are parts of an animal carcass, why can’t vegan products do the same?

Others have said that it is unlikely that meat eaters have mistakenly bought vegetarian versions of food such as Quorn. Instead, it may be seen as a reaction to the shift away from animal- to plant-based foods, and a way to make it more difficult for people to buy these products.

Regardless of the reasoning behind the decision, labelling will now be under scrutiny in France. Tentamus Group has formed a Europe-wide labelling team to advise consumers on how to label products, to carry out labelling tests and to check the online presence of products.