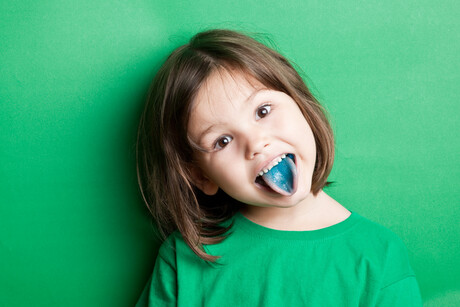 Scientists have developed a naturally sourced colourant that could replace synthetic blue food colouring in the food industry.

The long-sought-after natural cyan blue, obtained from red cabbage anthocyanin pigments, may provide the alternative to FD&C Blue No.1 — although more testing is needed to determine the compound’s safety.

“Blue colours are really quite rare in nature — a lot of them are really reds and purples,” said Pamela Denish, a graduate student working with Professor Justin Siegel at the University of California, Davis Department of Chemistry and Innovation Institute for Food and Health.

Having the right blue colour is also important for mixing other colours, such as green. If the blue isn’t right, Siegel said, it will produce muddy, brown colours when mixed.

Red cabbage extracts are widely used as a source of natural food colourings, especially reds and purples. Previous studies have indicated that red cabbage anthocyanins produce a vibrant blue colour in a pH-neutral solution, but it had been too violet to replace the artificial blue dye.

Denish and Siegel screened public libraries of millions of enzymes for candidates that might do the job and tested a small number in the lab. Based on those results, they used computational methods to search a huge number of potential protein sequences — 10 to the power of 20, more than the number of stars in the universe — to design an enzyme that would accomplish the conversion with high efficiency.

“We used these tools to search the universe for the enzyme we’re interested in,” Siegel said.

With this enzyme, they converted the anthocyanin blue from a tiny fraction of red cabbage extract into a primary product, allowing the researchers and other collaborators to characterise the new blue colouring.

The researchers observed that while many naturally sourced colourants have limited stability over time, the new colour only diminished by 14% in sugar syrup over 55 days. The research also demonstrated the colourant’s ability to create blue and green colours in several foods and confectionery products, where it showed excellent stability over 30 days when stored at room temperature.

With their study now published in Science Advances, Siegel and Denish have founded a start-up company, PeakB, to develop the technology for commercial applications. Enzymatic conversions are very widely used in food production, for example in making cheese, Siegel noted.

The University of Tokyo research team said its innovation comes in the form of millimetre-scale...