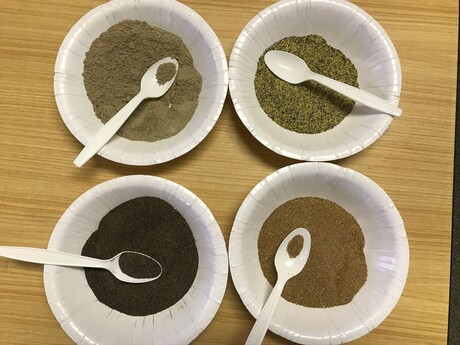 Native millet on Gamilaraay country in western New South Wales is the most economically viable native grain for future farm enterprises, according to a University of Sydney study.

The one-year research project into the environmental, economic and cultural viability of growing native grains for bread on Gamilaraay country near Moree and Narrabri was released on 9 November in celebration of NAIDOC week 2020.

Study lead Dr Angela Pattison said the Gamilaraay and Yuwaalaraay country in north-west NSW is one of the largest Aboriginal language groups in Australia, and they are proudly known as grass people.

“This region is today home to some of Australia’s best-quality agricultural land and farmers from north-west NSW are major exporters of natural fibres like cotton, prime hard wheat and pulse protein grains, such as chickpea,” she said.

“However, the region historically produced native grains (dhunbarr), such as Mitchell grass and native millet, which were ground up and made into fire-roasted bread (dhuwarr) by traditional owners for thousands of years.”

The project team brought together experts in ecology, food science, social science, marketing and business to work on different parts of the paddock-to-plate system as it might work on Gamilaraay country.

The findings, released as a public report and set of public webinars in November, cover the first paddock-to-plate trial of dhunbarbila (native grain crops) in north-west NSW and the most comprehensive trial of native grain production in Australia.

“Forging a path forward for our food production systems, which is environmentally, economically and culturally sustainable, is one of the biggest challenges of our time,” Dr Pattison said.

The report found that more research and development is needed to improve threshing and seed processing, and to improve costs.

Out of 15 different native grain species investigated, native millet was found to be best in terms of its ability to grow well and ease of processing and producing a healthy product.

Other species are likely to have niche uses, such as purslane (dhamu), which is one of the highest plant-based sources of omega-3 fatty acids.

An online webinar about the findings of the study will be held on 17 and 24 November 2020.

Image supplied by University of Sydney.

McCormick has unveiled its Flavour Forecast, revealing the latest global trends in flavours and...