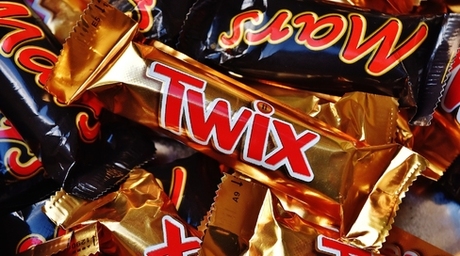 In a big news week for Mars, the company revealed its new M&M product — a caramel-centred confection that will be made exclusively in its upgraded Topeka facility. In the last year or so Mars has invested around $30 million into the facility expansion plus another $55 million in new equipment to produce the candy. As a local bonus, 70 new jobs have been created.

Not satisfied with this, Mars has also reiterated its commitment to remove harmful and potentially poisonous nanoparticles of titanium dioxide from its food products.

One of the most common engineered nanomaterials, TiO2 is used as a whitener in lollies, an anti-caking agent, a ‘shine’ agent and to impart texture.

However, the safety of nanoparticles in food has never been entirely established and replacing TiO2 with a non-toxic alternative is being hailed as a very positive step.

Minute nanoscale materials are highly reactive and can pass through the blood/brain barrier. Some studies have shown that TiO2 can cause pathological lesions of the liver, spleen, kidneys and brain; lung tumours; and inflammation, cell necrosis and dysfunction in the kidney.