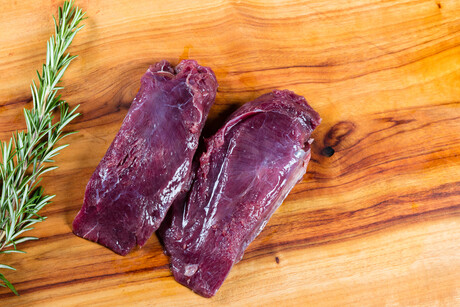 The Victorian Government has made kangaroo meat available for human consumption following a steep increase in the native population in the last three years.

Minister for Agriculture Mary-Anne Thomas said this year’s quota for the state’s Kangaroo Harvesting Program will be 95,680 kangaroos — an increase of 37,780 from last year. The program previously only allowed kangaroo meat to be used in pet products.

The government estimates the current kangaroo population at almost 2 million across Victoria — up almost 40% compared to 2018.

While natural in the Victorian environment, over-abundant kangaroo populations compete with livestock for stock and feed, and damage crops and fences.

The government said in a statement that kangaroo meat is an environmentally friendly protein — the animals have less impact on land and they are a low-emissions meat source.

The statement also said boosting the supply of locally sourced kangaroo meat will reduce the environmental impacts of importing kangaroo meat from other states.

“It’s important that kangaroo numbers are sustainably managed in Victoria to reduce impacts on landholders and the community. This program provides a service to farmers and an income to trained professional shooters,” Thomas said.

The changes to the program will still maintain that only trained professional shooters can provide animals to abattoirs to be processed for the table. To be part of the program, harvesters must be authorised, hold a firearms licence and be accredited in firearm proficiency and game harvesting.

Harvesters must abide by the National Code of Practice for the Humane Shooting of Kangaroos and Wallabies for Commercial Purposes. Their vehicles and cool rooms must also be accredited through PrimeSafe.

“We see kangaroo harvest as an opportunity to utilise the protein source like other parts of the country have done for many years,” company spokesperson Steven Castle said.

“Reducing waste and maximising the accessibility and premium quality of meat for consumption per animal is one of our key values, and our approach to kangaroo farming is no exception to this legacy. Rearing animals takes years and is a process that we believe deserves respect as do the animals themselves.”

Other states of Australia have already made kangaroo meat available for human consumption. However, each state treats the processing and selling of it differently.