How to make milk seem sweeter 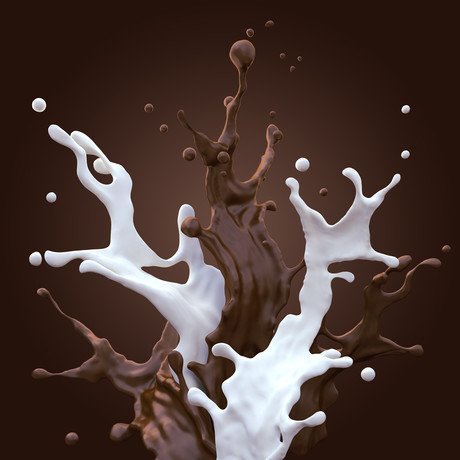 Adding vanilla to sweetened milk tricks the brain into thinking the beverage is sweeter, which could help reduce the added sugar content, new research has found.

Researchers from Penn State conducted a blind taste test which found participants — who did not know vanilla had been added to the milk — consistently indicated that samples with vanilla were significantly sweeter than their added sugar concentrations.

Participants did not rate individual attributes of the milk such as sweetness, intensity of vanilla odour or milk taste, but instead selected the best match for the vanilla milk from four differently sweetened milk choices.

"We are utilising a learned association between an odour and a taste that will allow us to reduce the added sugar content," said Helene Hopfer, Assistant Professor of Food Science. "Reducing added sugar in products, just like reducing fat and salt, is the Holy Grail of food science."

With vanilla, the added sugar content in flavoured milk could potentially be reduced by 20–50%, suggested Gloria Wang, who conducted the research as part of her master's degree thesis in food science.

"We maintain the sweetness perception by having this congruent odour — this learned, associated odour — basically trick the brain into thinking that there is still enough sweetness there," she said. "Based on our results, taste-aroma interaction is a robust effect."

Wang believes the findings offer manufacturers a workable option to reduce added sugar in their products and retain the sweetness consumers demand.

Hopfer's lab will use the concept to develop a reduced-sugar chocolate milk for the National School Lunch Program in a two-year project funded by the National Dairy Council. "We are hoping to utilise what we found with odours to reduce the added sugar content by experimenting to find the sweet spot between cocoa powder, sugar content and vanilla flavour," Hopfer said.

The research was supported by the U.S. Department of Agriculture's National Institute of Food and Agriculture and published in Food Quality and Preference.