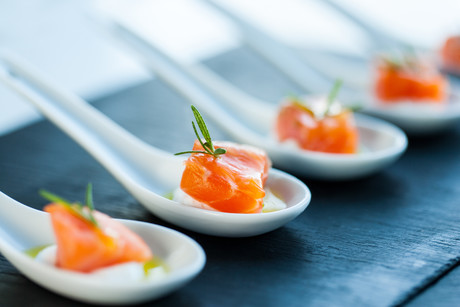 Cases of listeriosis have become more common, with the disease infecting 178 people and killing 35 every year in Canada alone. Since it can be fatal and difficult to detect, it is important for food companies to prevent Listeria monocytogenes contamination and ensure food safety. This is what Canadian fish smokehouse Fumoir Grizzly, alongside partners Université Laval and Merinov, has tried to achieve with the development and application of the M35 bacteriocin.

Named Bac M35, the M35 bacteriocin is an active bioingredient based on 15 years of research by a team at Université Laval. Naturally found in marine environments, it protects fish from growing Listeria for 21 days at 4°C without having an impact on its taste or nutritional content. While food preservatives often come in the form of chemical additives and salt, Bac M35 is an alternative microbiological barrier.

Since it is similar to probiotics, it has been deemed safe for human consumption and has become the first bacteriocin licensed by Health Canada. Other benefits of Bac M35 are: it naturally protects fish and consumers from Listeria; it helps prevent costly product recalls; it remains effective even in varying temperatures; and it is not harmful to the environment.

Fumoir Grizzly intends to implement it into its production chain in the coming weeks, marking the company as a leader in food preservation. While it will originally target places where fish is plentiful, such as Norway and Alaska, other countries such as the United States have also already shown interest by submitting patent requests.

However, this solution is not limited to fish — it also has the potential to apply to other foods such as fruits and vegetables, cheeses, beef and deli meats. Fumoir Grizzly devotes 15% of its budget to R&D and the company will continue to explore its wider applications in the hope to eliminate Listeria contamination.