FDA decides not all milks are milk 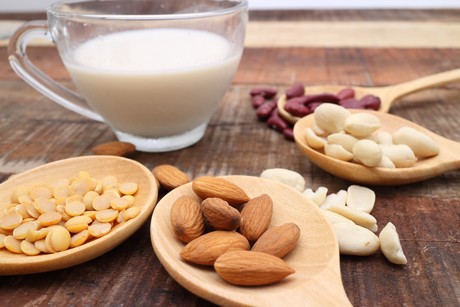 The Food and Drug Administration (FDA) is reviewing labelling requirements for plant-based products that are used as substitutes for dairy products, such as soy and almond milk.

In a statement, FDA Commissioner Scott Gottlieb explained that the decision to modernise standards of identity for dairy products follows concerns that plant-based food labels are misleading and may be responsible for malnutrition and illness.

“Food labels — including the name of food — inform consumers about what they’re buying, and standards of identity are used to ensure that foods have the characteristics expected by consumers. The information provided through food labeling must be truthful and not misleading.”

Gottlieb highlighted that a particular issue is the use of traditional dairy terms (such as milk, yoghurt and cheese) in the name of the product. For example, soy, almond and rice products are called ‘milk’.

Plant-based dairy alternatives are not the food that has been known as milk since before the 1938 Federal Food, Drug, and Cosmetic Act (FD&C Act) was established. This terminology means these products may be perceived to have the same nutritional content as traditional milk, but they vary in relation to inherent protein or added vitamin content.

He said public health concerns were a driving factor in reviewing the standards of identity for dairy products, and emphasised particular cases which showed the potential negative health impact of these products. In the first case study, a child got kwashiorkor, severe protein malnutrition, after being fed rice-based beverages, while the second case study referred to a toddler who was diagnosed with rickets, a disease caused by vitamin D deficiency, after parents used a soy-based alternative to cow’s milk.

“We hope that the examination of this issue will demonstrate whether future cases of kwashiorkor or rickets may be prevented by changes to the labeling of these products, as well as by the education of physicians and parents about the nutritional content of these beverages,” said Gottlieb.

The FDA will also look at how it has been enforcing the FD&C Act regarding food names and its own standard of identity for milk. Gottlieb said, “As a regulatory agency, it’s not appropriate to unilaterally change our regulatory approach if we have a history of non-enforcement.”

The agency plans to gather feedback from a wide range of stakeholders, and over the next year, it will issue guidance outlining the changes. While the dairy industry will likely welcome this news, plant-based dairy manufacturers may be concerned about future marketing challenges.

The Nucane process is being used to create low-GI sugar at a NSW mill.