Eating wild mushrooms can be fatal 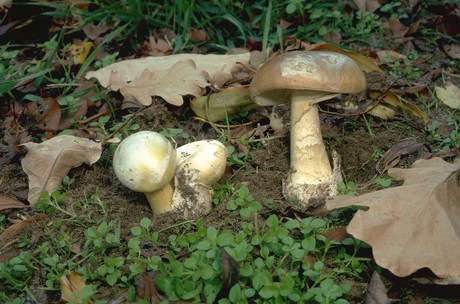 The Food Safety Information Council has warned people not to pick or eat any wild mushrooms after eight people were recently hospitalised in NSW due to wild mushroom poisoning.

Although deathcap mushrooms were not the culprit in this case, Council Chair Cathy Moir said consumers should be aware that consuming one deathcap mushroom is enough to kill a healthy adult. Consumption of the deadly mushrooms has resulted in four deaths in the ACT in the past 16 years and two deaths in Canberra in 2012.

“Deathcap mushrooms can appear any time of year but are more common during autumn a week or two after good rains,” Moir said. “They are not native to Australia and are often found near oak trees growing in warm wet weather.”

She continued by stating the toxin in deathcap mushrooms is not destroyed by peeling, cooking or drying, they are difficult to distinguish from other wild mushrooms and they can look similar to edible mushrooms in Asia. While deathcap mushrooms are responsible for nine out of 10 deaths from mushroom poisoning in Australia, Moir said the yellow stainer, which resembles a field mushroom, is the most commonly ingested poisonous mushroom in Victoria, and many reported cases concern children under five. Consumers are recommended to only eat mushrooms purchased from the supermarket, and to remove any mushrooms from outdoor areas and gardens to reduce the risk of accidental poisoning for both pets and children.

According to the Food Safety Information Council, Australian Poisons Information Centres received almost 900 calls about possible wild mushroom poisoning over a recent 12-month period, approximately a third of which were referred to hospital or medical treatment. 70 people were also admitted to hospital with poisoning in NSW during 2018.

“Symptoms include vomiting, diarrhoea and stomach cramps, and often don’t appear until 10 to 16 hours after eating. These symptoms may ease for 2 to 3 days before a terminal phase of 3 to 4 days begins. Without early, effective medical intervention people may go into a coma and die after 2 or 3 weeks of liver and kidney failure.

“If you suspect you may have eaten a deathcap mushroom don’t wait for any symptoms to occur but go to a hospital emergency department taking a sample of the mushroom with you if you can. You can also contact the Poisons Information Centre on 13 11 26 (24 hours a day 7 days a week),” Moir concluded.