Eating one egg a day reduces stroke risk by 26% 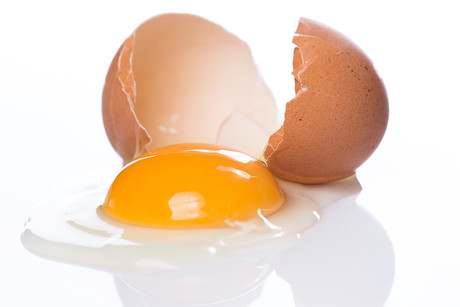 How often do you eat eggs? New research suggests eating one every day could reduce your risk of cardiovascular disease (CVD), which is the leading cause of death and disability worldwide, resulting in 43,963 deaths in Australia in 2016 alone.

Led by Professor Liming Li and Dr Canqing Yu from Peking University Health Science Center, researchers from China and the UK examined the associations between egg consumption and cardiovascular disease, heart disease and stroke. They found that regular consumption of eggs had a largely positive impact on health, with a 12% reduction in risk of ischaemic heart disease for people consuming five eggs a week.

Researchers looked at the dietary habits of 416,213 participants (who were free of prior cancer, CVD and diabetes) from the China Kadoorie Biobank (CKB) study of adults aged 30 to 79 from 10 different geographical areas in China.

At the beginning of the study, 13.1% of participants said they consumed eggs on a daily basis, while 9.1% said they rarely or never did. The follow-up almost nine years later revealed 83,977 cases of CVD, 9985 CVD deaths and 5103 major coronary events.

While the authors noted this was an observational study, meaning no firm conclusions can be drawn about cause and effect, they concluded that eating up to one egg a day may have health benefits.

“The present study finds that there is an association between moderate level of egg consumption (up to 1 egg/day) and a lower cardiac event rate,” the authors said. “Our findings contribute scientific evidence to the dietary guidelines with regard to egg consumption for the healthy Chinese adult.”

So while eggs are high in cholesterol, they may be healthier than people give them credit for.