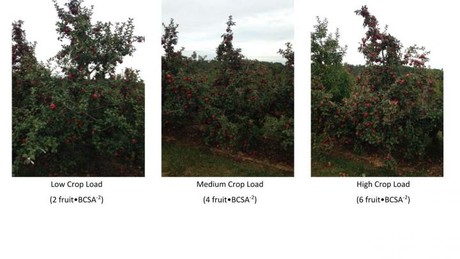 In the US, domestic cider consumption has risen 850% in the last five years, with similar increases likely in Australia and New Zealand.

A group of researchers led by Cornell University’s Gregory Peck looked at the effects of orchard management on cider quality. In particular, they examined the effect of crop load densities on the polyphenol content of finished ciders.

Most of the apple cultivars now used for cider production were originally planted for the fresh or processing (juice, apple sauce and vinegar) markets and so do not necessarily have the flavour characteristics favoured by cider producers. The researchers hand-thinned ‘York’ apple trees in a 14-year old orchard to low (two apples per cm2 branch cross-sectional area (BCSA)), medium (4/BCSA) and high (6/BCSA) crop loads.

The yeast assimilable nitrogen (YAN) concentration in the low crop load juice made was 18% and 22% greater than the medium and high crop loads, respectively.

These variations in results show that cider manufacturers can modify the quality of their cider by manipulating crop loads.

The complete study and abstract are available on the ASHS HortScience electronic journal website.